On the evening of July 4, Shen Yun Performing Arts Touring Company presented its seventh show at the Audiotorio Belgrano in Buenos Aires, attracting a large enthusiastic audience. The pure compassion and beauty of Chinese traditional culture as portrayed by classical dance enchanted many Argentinean artists.

Fashion designer Luciana Musumeci said that the show was a fascinating feast and she could not find the words to fully express her feelings. 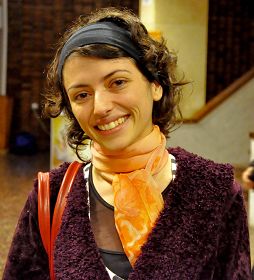 Ms. Musumeci said that Shen Yun gave her much inspiration: "I want to immediately find out what kind of fabric Shen Yun is using. The entire performance was very moving, and I don't know how to explain the feeling clearly. I am fascinated by the show. I love the [Chinese] violin [erhu] and I could not help crying [when I heard it]."

She said that she felt that the show was emitting very strong energy and she received a clear message. "The message was that only sincerity and compassion can bring us true hope," said Ms. Musumeci. Though not familiar with Chinese culture, she said that she had just developed the wish to learn Chinese characters.

Ballet dancer Ms. Dalessandro did not miss a single Shen Yun show and saw all seven performances since the performing arts group landed in Argentina. She said that she loved Shen Yun: "The dancers are excellent and very elegant. The program covers both ancient legends and modern stories. The traditional values portrayed by the show fascinated me. It should be watched again and again. One can never see it too much!" 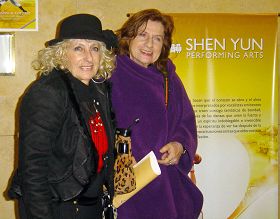 Ms. Dalessandro said that every number was as beautiful as a poem. "Such a spectacular show deeply touched me. The show is so beautiful and the dancing in particular was very graceful... Beside accurate movements, the plight of the Falun Gong practitioners portrayed by one number was so touching!" Her professional dancing training dated back to her childhood, when she learned tradition dance and then Spanish dance. "From a professional perspective, I am captivated by the Shen Yun dancers. I love the arts, in particular dancing."

"I saw all seven shows, and I gained a new feeling from each of them. I now know that the most important thing in one's life is not to miss the right path. I sincerely hope that I can find that path, which I might have missed in the past," said Ms. Dalessandro.

Vocal professor Alejandro was very pleased to learn about Chinese culture from the Shen Yun performance. He said that the music arrangements were well done. In particular, the orchestra coordinated very accurately with the stage performance. In addition, the use of colors was unique. 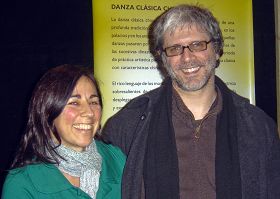 Professor Alejandro was very impressed by how perfectly the dancers coordinate with each other. "For example, the Fan Dance 'Welcoming Spring' was very beautiful," said the professor.

Though not familiar with the current situation in China, Professor Alejandro said that he had read news about the persecution of Falun Gong. "The show touched upon this topic, and it used a very positive way [to do so] and conveyed a message of hope."

Horticulturist Mercedez said that the show was marvelous, "Especially the hand gestures in the dance, 'Water Sleeves.'"

Pianist Jorge Arenas said that he felt the inner meaning of the show and he wanted to tell everyone not to miss Shen Yun. "I got so much from Shen Yun and I really don't want to leave here. Predestined relationship brought me here and I have gotten so much from the show." 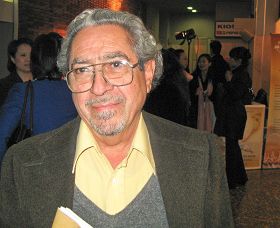 Jorge is also a civil engineer. He started to learn the piano when he was 11 and he often went to classic music concert to calm himself. He said that Shen Yun is an exceptional show which uses a very dynamic way to portray the beautiful Chinese culture. "I am so glad that I came. The music of the show was very different; I can tell it was very pure music. I loved everything I saw and heard tonight."

Ines Hervella is a professional ballet dancer who was once a dancer of the Cologne Theater. After seeing the show on July 4, she said that the show was perfect. 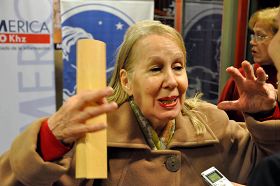 Ms. Hervella said: "They used body language to tell the audience beautiful stories. The costumes were marvelous: The details, the props, the decorations, everything was so beautiful. The show was magnificent and spectacular. I thank Shen Yun for this wonderful production."

The thing which impressed Hervella the most was the theme of peace and compassion to the world. "The singers, the musicians and the dancers, they all conveyed their love of peace. We should not forget that we must work together to build a better world.

"The show inspires people to better themselves and to live a better lifestyle instead of doing harm to the world. I would introduce this show to the whole world, the whole globe, to everyone, including all politicians," said Ms. Hervella.

“Let Go of Attachments And Do the Three Things Well”