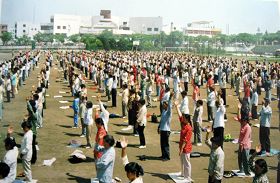 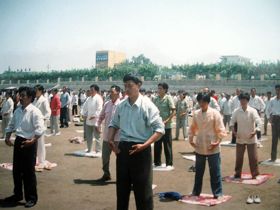 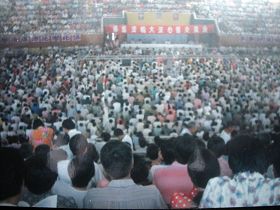 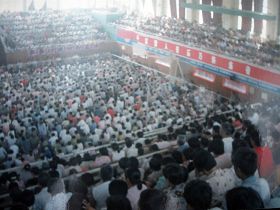 Several large-scale group practices served to promote Dafa and attracted many new practitioners. The practitioners studied the Fa and cultivated their xinxing according to Dafa's requirements. They tried to be good people and did things according to the principles of Truthfulness-Compassion-Forbearance. Their families became harmonious, and society became more stable.