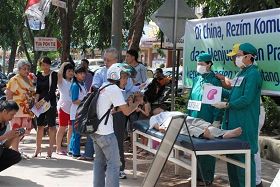 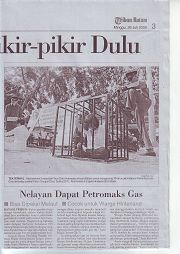 On July 2009, Tlibun Batam reported on the anti-torture exhibit

On the morning on July 25, a local radio station talk show interviewed four Falun Gong practitioners. The practitioners talked about how they had benefited from the practice and explained that the persecution must stop.