The first performance of the Shen Yun Divine Performing Arts in Chile started at 9 p.m. on July 10 at the Teleton Theater in Santiago. The purity and beauty of traditional Chinese culture enchanted many local artists in the audience.

Ms. Delano, a flutist and professor who has been teaching for over 30 years, attended the opening performance and was enthralled by what she had experienced. She said: "I think the show is precious; a grand, universal, beautiful show. There is great refinement in the movements of the dancers, in the use of colors, in the coordination between the dancers. The teamwork is marvelous and it reflects all of the harmony and beauty that man can achieve in his time here on earth." 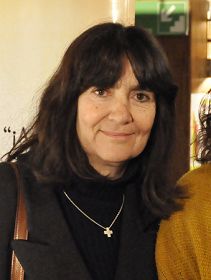 When asked what she learned about Chinese culture she said, "That it has a divine origin, like all humanity. The thing that's going on is, there are negative forces on this earth that are deceiving a lot of people, telling them that man is a material being, a consumer, and it makes man fall into a trap. But in reality, many people are waking up to the truth that our origin is divine."

Ms. Delano was aware of the divine messages in many of the performances and was appreciative of the way they were portrayed. She was very grateful that she had been able to see Shen Yun perform.

"I believe the message of the show is precious and it should be more widespread, way more widespread. Children from other areas of Santiago should come. Actually, people from all areas should come to see it, be they rich, poor, believers, non-believers; because this is a message of love for all of humanity."

Ad designer Rosa loved the show and commented that it penetrated to her heart. She said: "The performance is very synchronized, and the music was very powerful which touches your soul. And everything was so peaceful, bringing you to a wonderful realm. 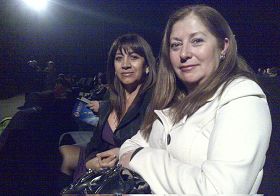 Actress Ms. Montero said that the show projected a sense of innocence and purity. 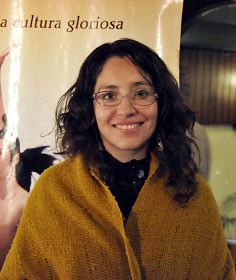 Ms. Montero has acted on TV, in the theater, and in some short films. She has also studied art and culture.

"I believe this is a show with very high artistic level. It seemed to me really precious, very, very refined," Ms. Montero said.

TV programmer Mr. Zamora said that the show was very visual and drew audience attention for being different." Aside from the visual aspect and colors, Mr. Zamora felt the show transmitted a message.

"Yes, of course, the penultimate act was the more attractive one, the one that is of the present time," he said, referring to Heaven Awaits Us Despite Persecution. In this performance a scene shows an innocent family broken up by persecution in today's China. The father is persecuted for practicing Falun Dafa, a traditional spiritual discipline. The fantastic scenes that ultimately unfold in this piece present a message of hope and bespeak of a longstanding Chinese belief that good people are ultimately rewarded, even if not in this lifetime.

Mr. Zamora said he would recommend Shen Yun to others, saying, "Yes, totally, it's like a completely different show!"