At 6:00 p.m. on July 4, 2009, in Buenos Aires' Auditorio Belgrano, when the host for Shen Yun made an announcement, the audience immediately began to applaud and cheer. They simply could not wait for the Shen Yun performance to begin.

Once the curtain was raised, a magnificent Buddha's kingdom appeared on stage. The spectators were so amazed at the scene that many seemed mesmerized, with their mouths wide open. With each opening and closing of the curtains, a scene from Chinese history appeared, drawing waves of applause and praise. Many in the audience were ethnic Chinese who expressed their appreciation of the show. 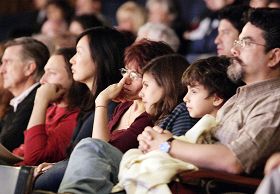 Audience at the seventh show

During intermission, a Chinese immigrant, Mr. Zheng, said, "Both the music and dances are wonderful. The hosts are humorous and the dynamic backdrop is also wonderful. The performances are very entertaining."

Mr. Zheng is the owner of a supermarket in Buenos Aries. He told the reporter, "Many Chinese believed in Buddhism and Daoism (in ancient times). This show exemplifies the Chinese tradition." 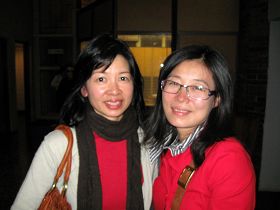 Ms. Ge from China and Ms. Cheng from Taiwan watched the show together. When asked their impressions, they were all smiles. Ms. Ge is a Chinese language teacher in Argentina. She said, "The show is great! I was surprised by its high quality. The costumes are colorful and the dances are beautiful."

Ms. Cheng studied Chinese dance in Taiwan. She now teaches Chinese language and dance in Argentina. Ms. Cheng said, "The dancers' skills are quite high. I can tell they are professionally trained. The costume designs are superb and the performers are all very dedicated. The woman dancers' movements are very classical and the men's dances are cheerful."

Mr. Cai has lived in Argentina for more than a decade. He came to the show with five other family members and friends. Mr. Cai told the reporter, "We appreciate that the Shen Yun artists brought the show to Argentina. Their show displays five thousand years of Chinese culture to the West and helps people to understand our Eastern culture. The programs illustrate the fundamental virtues of Chinese culture to the West, and it shows much effort. I want to thank them for their hard work." 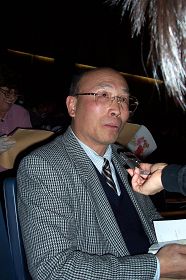 His daughter, Cai Peihua, added that the show was wonderful. During the performance, she clapped nonstop. She said, "I am Chinese, but I've grown up overseas. I came to Argentina at the age of 12 and have limited knowledge of Chinese culture. I came here with my friends, and they all enjoyed the show." 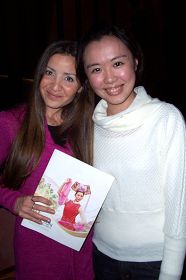 Miss Cai's friend is a native of Argentina. She thought the show was very colorful, the costumes elegant, and the whole show spectacular.

Cai Xingfang is Mr. Cai's relative. She thought the music was very beautiful, and the dancers' costumes flowery.

Ms. Wang Meiling, a producer of seven newspapers in the US, was in Argentina as a tourist. She came with a friend. Ms. Wang said, "The show uses high tech, rich colors, and choreography to tell historical stories. This kind of performance is perfect for Westerners to learn about Chinese history and culture. The audience also learned what is happening in China now." 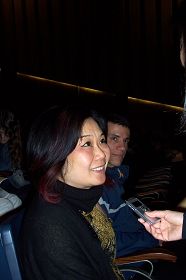 Ms. Wang continued, "The show displays many aspects of Chinese culture. It is very different from the performances from China. The mainland Chinese shows are mostly superficial, with no profound meaning. I would say this show is indeed very high class."

Miss Yuan and Miss Yan are from Taiwan. Miss Yuan said, "The visual effects are very nice, the dancers' movements are very precise, and their synchronization was amazing. The dancers looked like pieces of a united whole. In addition, their costumes were very appropriate to the theme."

Miss Yan, "The show is fabulous, especially the backdrop. I have never seen anything like this." She also added, "The dances are very appealing and the costumes are charming. The show's content and quality really deserve its name, Shen Yun."

College student: Dad told me to see this

Anida, an ethnic Chinese living in Argentina, is a sophomore studying industrial engineering in a US college. During her summer break, she returned home to Buenos Aires. At the recommendation of her dad, she came to see the show with a high school friend. She told the reporter in not-so-fluent Chinese, "My friend and I love the dance "Welcoming Spring" the best."

Her Argentine friend is majoring in art history in college. She was especially interested in the backdrop design. She said, "I will absolutely tell my friends to see this show."