Ms. Sun Min Dies Under Suspicious Circumstances While Her Husband Is Arrested (Photos)

Mr. Wu Yang, also named Wu Zhijun, from Chifeng City, Inner Mongolia and his wife Ms. Sun Min went to Beijing to avoid being harassed and persecuted by their local Chinese Communist Party officials. They lived at Jiaomen in the Fengtai District. At around 9:00 a.m. on April 22, 2009, Mr. Wu Yang was distributing DVDs of the performances by the Shen Yun Performing Arts at a "Shoe City" in Xuanwu District, Beijing City. He was reported and taken to the Niujie District Police Station, Xuanwu District by local security guards. 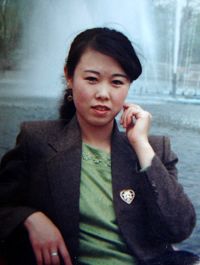 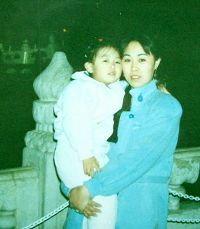 Ms. Sun Min and her daughter 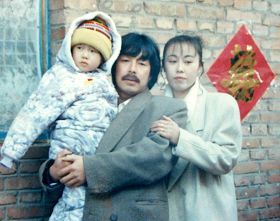 Photo of the family 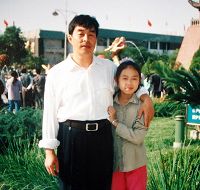 Two days later, Mr. Wu Yang and Ms. Sun Min's families in Chifeng realized that the couple was missing. They went to various police departments in Beijing to look for them. On April 28, 2009, the Fengtai Police Department sent Ms. Sun Min's family a "Death Notice" which stated:

"At around 1:30 a.m. on April 23, 2009, Sun Min was found dead as a result of falling from a height at the south side of the No. 19 building at Xinyuan Residential Area, Xichenli, Jiaomen, Fengtai District, Beijing City. We dealt with the body according to the related rules and regulations. We ask the family to come to Beijing to deal with the issue as soon as possible. The contact person is Wang Zengbin and the contact number is 010-88249210, 010-88248330."

On May 6, the couple's families met with Wang Zengbin, a police officer from the Fengtai District. According to Wang, Ms. Sun Min was in custody of the police from Xuanwu District before she died. After the death of Ms. Sun, he went to the site of death in the capacity of a local police officer. He said that the police from the Xuanwu District went to the house where Mr. Wu Yang and Ms. Sun Min were staying around 10:00 or 11:00 p.m. on April 22. When they knocked on the door Ms. Sun opened, but she shut the door once she saw that the people at the door were strangers to her. About 10 minutes later the police from the Xuanwu Police Department found Ms. Sun's body outside the building. The cause of the death was falling from the building.

Following are part of the contents in the "Postmortem Examination Report" by the "Beijing Shengtang Medico-Legal Appraisal Institute":

From the times given by the examination report and the police, it's not hard to see there were a lot of suspicious points. The "Death Notification" of the Fengtai Police Sub-department said, "At around 1:30 a.m. on April 23, 2009, Sun Min was found dead as a result of falling from a height." The "Postmortem Examination Report" said, the "entrusting time: April 22, 2009." From the two times it appears that the Shengtang Medico-Legal Appraisal Institute was waiting there to do a post-mortem report when Ms. Sun Min was still alive.

As a matter of fact, the features of Ms. Sun Min's body were not identical with the contents of the "Postmortem Examination Report." Let's just examine the surface of the body. There were injuries on her head, neck, body and limbs, however the postmortem examination report did not mention this, but only said there were several contusions. This is enough for us to question the authenticity and the credibility of the "Postmortem Examination Report."