(Clearwisdom.net) On May 29, 2009, the Turkish version of Zhuan Falun was officially published, and is being carried in bookstores around the country. 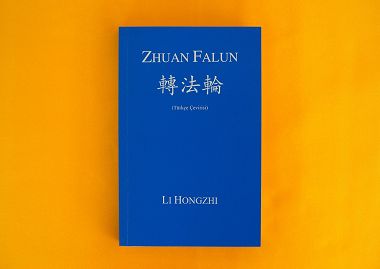 Falun Gong has been spread to over a hundred countries and regions, and more than100 million people have achieved physical and mental wellbeing through practicing Falun Gong. Falun Gong has received over 1,500 proclamations and supportive resolutions worldwide.

The publication of the Turkish version of Zhuan Falun will play a great role in fostering the rapid and wide spread of Falun Gong in Turkey, enabling more predestined people to obtain the Fa and begin practicing.

The Turkish version of Zhuan Falun (ISBN 978-9944-84-053-8), can be purchased at major bookstores in Turkey, and can also be purchased by direct mail-order from Guncel Yayincilik Publishing Company's website at www.guncelyayincilik.com.tr.

“Sentient Beings Are Waiting to Be Saved”