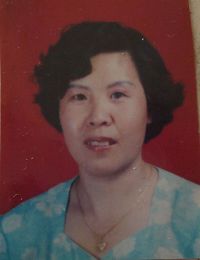 Ms. Chen was an employee of the Baoding Textile Factory. She began practicing Falun Gong in 1996, and all of her illnesses disappeared. After the persecution started on July 20, 1999, she was dismissed by the textile factory because she practiced Falun Gong. She went to Beijing a few times to appeal for justice for Falun Gong and was detained several times.

In 2002 and 2007, Ms. Chen was sentenced to forced labor and detained at the Baoding City Forced Labor Camp and the Shijiazhuang City Forced Labor Camp, respectively. In the Baoding City Forced Labor Camp, the guards and inmates brutally tortured her when she refused to give up Falun Gong or cooperate with the labor camp programs. On March 9, 2003, she was handcuffed for the entire day for doing the Falun Gong exercises. Later, since she refused to wear the labor camp uniforms or have her picture taken, the guards put handcuffs on her again for a long time. The skin on one of her wrists became rotten. The authorities verbally abused her and did not let her talk to anyone. They also tortured her with various instruments.

On January 8, 2009, the police from the Jingxiu Police Station arrested Ms. Chen. She was taken to the Baoding City Detention Center on the same night. On January 15, 2009, she was sent to the First Division of the Shijiazhuang Women's Forced Labor Camp. Since Ms. Chen refused to cooperate with the labor camp officials or follow the camp rules, the guards brutally tortured her. In mid March 2009, she started a hunger strike to protest the persecution. Then Liu Ziwei, the head guard, ordered the inmates to shock Ms. Chen in the chest, vaginal area and buttocks. She was slapped and kicked. There were bruises all over her body. She endured this torture every day.

A witness from the labor camp described one incident when Ms. Chen was not able to sleep. She sat up with her two legs crossed over each other and her hands conjoined. However, when Liu Ziwei saw her, the head guard pulled her hair very hard to get her off the bed. Ms. Chen resisted by holding onto the bed. Liu forcibly pulled Ms. Chen off the bed. Ms. Chen's hair was pulled out and she was thrown to the ground. Then she was dragged out to be beaten.

On January 23 and in March, 2009, Ms. Chen's husband came to visit her. He brought clothes and food, but was not allowed to see his wife due to her refusal to renounce Falun Gong.

On March 23, 2009, Ms. Chen began a hunger strike to protest the persecution. When her family heard the news, they were worried about her. On April 23, 2009, her husband came to the labor camp again. Liu Ziwei came out and told her husband that Ms. Chen was doing well and had started to eat. When she was asked about beating Ms. Chen, she denied it. Despite her husband's pleading to see her, he was not allowed.

Ms. Chen's husband had to visit the officials at the Judicial Bureau and Labor Bureau. They pressured the labor camp officials. When Feng Kezhuang, the deputy director of the labor camp, received the phone calls, he agreed to let Ms. Chen's husband visit her. However, the visit was kept short and Ms. Chen's husband was only able to say a few words to her. Afterwards, he was forced to write a visitation report and sign it. The guard told him that Ms. Chen had a mental problem and didn't want to wear any clothes. But the fact was that she refused to wear the labor camp uniform. The guards took away her clothes, or they tore them in order to force her to wear the uniform.

Ms. Chen is very weak now. We hope all righteous people around the world will help stop the brutal persecution which has lasted ten years.

“Growing Up in a Falun Dafa Environment”