(Clearwisdom.net) Yu Jialiang is only 26 months old. She is the daughter of Mr. Yu Ping and Ms. Zhao Yumin. On April 19, 2008, seven officers from the Yangzhaguanzhuang Police Station in the Chaoyang District broke into her home and arrested her parents, her 68-year-old grandmother, and her aunt, Ms. Zhao Jingmin. At that time, Yu Jialing was only a year old. She was badly frightened and cried loudly. Her brother, Yu Jiaqi, is a student in high school. Her grandfather is more than 70 years old and suffers from hypertension. They are not able to raise her properly. Before that, her other aunt, Ms. Zhao Rongmin, was sentenced to imprisonment for practicing Falun Gong in 2006. Ms. Zhao Rongmin is being detained in the Beijing Women's Prison. 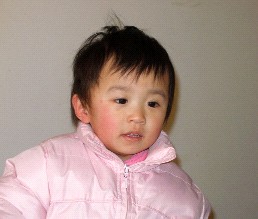 Since July 20, 1999, the Jiang Zemin regime has staged a reckless persecution of Falun Gong. Yu Jialiang's parents and brother went to Tiananmen Square seven times to appeal on behalf of Falun Gong. Mr. Yu Ping wrote to Tsinghua University to explain why he chose to continue practicing Falun Gong. Later, he went to Tiananmen Square and unfurled banners in support of Falun Gong. In the Square, Mr. Yu Ping and Jialiang's brother, who was a little boy then, were brutally beaten by police officers. After that, the whole family was forced to leave home and become destitute. They tried their best to promote Falun Gong and expose the persecution in difficult circumstances. In their rented apartment, they downloaded materials from the Internet, photocopied them, and hosted fellow practitioners who went to Beijing to appeal on behalf of Falun Gong. 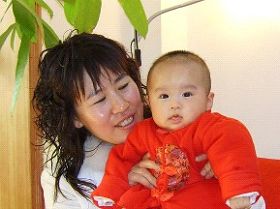 In November 2000, officers from Sanjianfang Police Station in the Chaoyang District searched their home and looted their valuables. Mr. Yu Ping was detained in the No. 7 Division of the Beijing Police Department. Later, he was sentenced to four years and taken to Qianjing Prison in Chadian Town, Tianjin City. Ms. Zhao Yumin was detained in the Beijing Women's Prison, where the guards forced her to sit in the full lotus position for long periods of time. She was in so much pain that her clothes were soaked with sweat.

In 1995, Mr. Yu Ping was working on his master's degree in the thermal energy department of Tsinghua University. In March 1997, he began to work on his doctorate degree ahead of schedule due to his outstanding accomplishments. He was awarded the "1.29" scholarship and a Siemen's scholarship. He was also the president of the graduate student union and deputy director of the graduate student work unit. At the beginning of June 2000, he successfully defended his PhD dissertation to the unanimous approval of the committee members. His dissertation was deemed to be outstanding. After going to Tiananmen Square to appeal for Falun Gong on June 20, 2000, however, the authorities of Tsinghua University refused to award him his degree. At that time, Ohio State University in the United States had awarded him a full scholarship, but he lost the opportunity to study abroad after he was detained and sentenced. In Qianjing Prison, he was brutally persecuted. 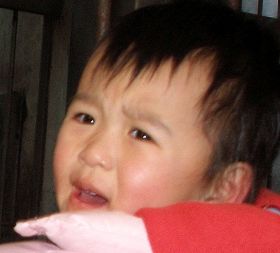 In 2004, Yu Jialiang's parents returned home after enduring severe persecution. In 2008, the CCP took advantage of the Olympic Games to further persecute Falun Gong and arrested many practitioners. Yu Jialiang's parents did not escape this round-up. At 4 p.m. on April 19, 2008, seven police officers broke into her home, arrested her parents, and then proceeded to search the home. She and her brother, Yu Jiaqi were left on their own, both in tears. Her grandmother, Ms. Qin Xiu'e, and aunt, Ms. Zhao Jingmin, were also arrested.