Sisters Ms. Cao Junfeng and Ms. Cao Junping were arrested before the Beijing Olympics by the Weifang County Domestic Security Section in Shandong Province. They have been detained at a detention center ever since. The Domestic Security Section has denied all of their families' visitation requests, harassed and arrested their family and friends, and extorted 70,000 yuan from them. 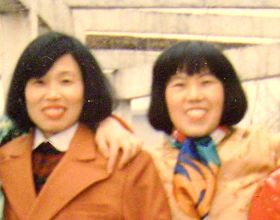 Ms. Cao Junfeng, the older sister, began practicing Falun Dafa in 1995. Shortly thereafter, she recovered from enteritis. After the Chinese Communist Party (CCP) started the persecution of Falun Dafa in 1999, Ms. Cao and her family were subjected to constant harassment, arrest, monitoring, and extortion. As a result, Ms. Cao's husband was in a constant state of anxiety, which led to multiple heart attacks.

On July 9, 2008, Ms. Cao Junfeng was arrested in a city-wide mass arrest of practitioners by the Weifang City Police Department and the Weifang City Domestic Security Section. Her husband suffered a heart attack during the illegal search and seizure of their home.

On August 10, 2008, Ms. Cao Junfeng was sentenced to a year of forced labor and sent to the Wangcun Forced Labor Camp. It is unknown what abuse Ms. Cao endured during the month between the arrest and the sentencing, except that during that time she had pus and blood in her stool.

Ms. Cao Junfeng's health deteriorated in the labor camp. In less than a month, her symptoms became so severe that no one dared to be near her and the camp refused to keep her. With no regard to the severity of her health condition, the Weifang Domestic Security Section took Ms. Cao from the camp to the Changle Detention Center in Weifang City.

In February 2009, Ms. Cao Junfeng's husband and daughter were arrested and 28,000 yuan was extorted from them by the Weifang City Domestic Security Section. In addition, they were threatened not to hire a lawyer for Ms. Cao.

Since Ms. Cao's arrest, all of her family's requests for visitation have been denied. The latest news they have received is "there will be another sentence."

Ms. Cao Junping, the younger sister, started practicing in 1995. She was arrested and beaten many times after the persecution began in 1999. In 2000, she was arrested by the Xingpu Police Station. While in the station, officers repeatedly beat her. One of her front teeth was knocked out. Bruises covered her body.

Mr. Pang lost his job and was labeled as a "criminal suspect" after his detention. He demanded that the police to return his property, but to no avail.

The Weifang Domestic Security Section threatened the family and extorted funds from them after the Cao sisters' arrest. By the end of 2008, officers had arrested the Cao's two brothers, a sister-in-law, and a friend, then demanded 10,000 yuan and a guarantor per person for their release, and further threatened to arrest them again if they disclosed the demands. The Cao's cousin, who was also arrested, was poor. The officers could only extort 2,000 yuan from her.