Having just made a great sensation in Daegu, the Divine Performing Arts (DPA) International Company premiered in Seoul at Universal Arts Center. The hard-won DPA show made it to Seoul. The audience was filled with admiration of the superb show and the meaning of the program. 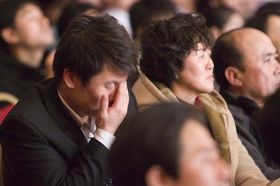 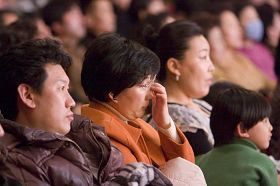 The audience is moved to tears.

Ms. Wang came from Mainland China a couple of years ago. She was all excited, "Wonderful! It is heart-shaking! Guan Guimin's songs were great! Everyone in China knows him. It is totally heart-shaking! There is not a bit of regret today! The background is gorgeous! I was so excited when Buddhas first came out! They were only in imagination before. Now the scene of heaven was shown in front of your eyes! That's why I said it was heart-shaking! I have never seen such wonderful show in China!"

Ms. Wang, a democracy activist, was excited and happy. She said the outstanding program had deep meaning. "Buddhas and Gods appear beyond your imagination. The meaning was understood right away. Now I understand deeply what I didn't understand before. I learned the five-thousand-year-old Chinese culture is truly divine culture. I also understand Falun Gong. The song [by Guan Guimin] told me what Falun Gong is and why it is spread in the world."

Mr. Kim, a professor of music and music director watched both the premiere and the second show. He said with excitement that it was the first time in his life that he watch the same show twice. "It is wonderful! Especially the transition of background and dancers. Every dancer expressed what he learned using his movements. It made the show even better! The coordination of dancers was so neat though there were many of them. We should have this attitude: Let our art serve others. It is only when you assist the art of others with your art that both shine."

Renowned cartoonist Mr. Park sit next to Mr. Lee, another renowned artist who drew "The Legend of Three Kingdoms." 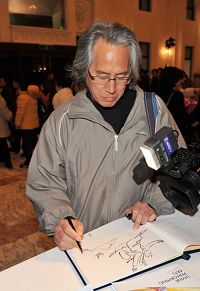 Cartoonist Mr. Park draws a cartoon before the show starts. 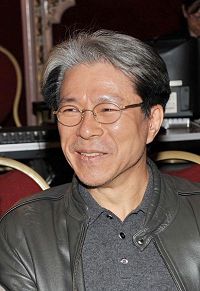 Mr. Park said, "The show is magnificent! The animation on the background looked lively. The connection between programs was perfect! It is very refreshing and interesting! The dancers' movements were neat and superb. It is an intoxicating show! I feel very relaxed now. Watching a smooth and beautiful show makes one feel serene. The dance movements were unique. The dancers' skirts looked like flowers when they swirled. It was unforgettable!"

Mr. Lee is a retired high-ranking official. He watched the DPA show with a big group of friends. He shared his happiness with his friends in the hall after watching the DPA show. 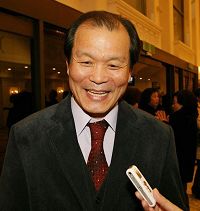 Mr. Lee said in excitement, "I have never been exposed to the Chinese culture of such long history. I am very touched. The show is wonderful! Dear! I didn't know how time passed while watching it...The DPA expressed so much meaning through dance and song. I had strong feeling about it." He stressed that he and his whole family would return to see the show again next year.

National Assembly Member Sang-soo Ahn watched the DPA show last February. He was very happy to watch the DPA show again this year. He said, "I am so happy to have this opportunity to enjoy such beautiful and pure art! I watched it last year. The dances are beautiful, neat and pleasant! It is a completely different program this year. It is very rich, wonderful and filled with joy." 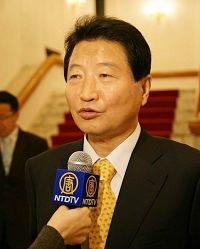 Mr. Kim, a local religious leader, sang high praise of the DPA show, "The show is very pure and reserved. It is very high level. If our country would like to develop higher art, I think we need to watch such show. The creation of background is marvelous technique. It naturally expressed everything. It is great overall! It made you feel the style of old China." 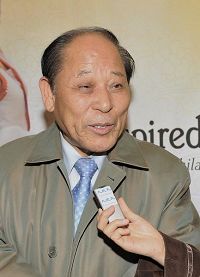 Mr. Kim said, "DPA inspired people to restore their compassionate nature. It will change people's idea of 'money can do anything' and 'survival of the fittest'. It is great! DPA is doing something significant. I see the essential role of DPA in awaking people to holiness and nature. I am so happy today! I salute the DPA!"

“Mother of Six in Minneapolis: "It Was Fabulous. It Was Wonderful. It Was Really Well Done" (Photo)”