Practitioner Du Ting Is Tortured in Prison, His Wife Calls for Support (Photo)

Forty-three-year-old practitioner Mr. Du Ting has been imprisoned in the Tilanqiao Prison in Shanghai for about eight years now. He was stripped of his clothes and tied to the "dead person's bed", while inmates assigned to "take care of him" kept beating and verbally abusing him around the clock. This torture lasted for a long time. While the family members protested the treatment, the prison police claimed that they were doing so to save his life, despite the fact that they were destroying him. Currently Mr. Du is mentally traumatized and often appears confused. His is in extremely poor health and his life is in jeopardy. The family's request that he be released for medical care has been rejected. 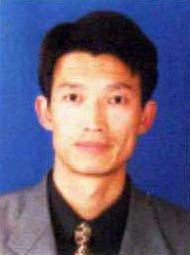 The following is Mr. Du's wife's statement describing the situation, and her appeal for support from people of conscience around the world:

My husband, Du Ting was sentenced to eight years in prison in 2001 because of his belief in Falun Gong. He has been imprisoned in Tilanqiao Prison for almost eight years now. He was tortured for extended periods of time. In my most recent visit to the prison I found that he was mentally confused, and his life was in jeopardy.

In 2002, he went on a hunger strike for over a year to protest the illegal treatment that he had received. During that period, he was often savagely pulled out of his cell and forced-fed, and was beaten by the inmates assigned to watch him. Between 2005 and 2006, he was put under intensive monitoring for over a year, and was restrained with a compression cuff that prevented any motion of his body. I was refused my visitation rights for over half a year during that period.

At the end of 2006, when his health was already very poor, he was transferred to Section 4 of Division 1, which consisted mainly of serious-crime offenders, especially the violent ones. Soon, because of severe torture, my husband suffered an acute pleural effusion and almost lost his life. He then contracted pneumonia and tuberculosis. In the beginning of 2008, I could hardly recognize him when I saw him after he became suddenly sick again and was hospitalized. He was in a wheelchair; his entire body was deformed and he was very emotional. I asked him why he went on a hunger strike again since he had done one when he was first moved to Division 1. He said that even if he didn't, his life would not be any better. He said that the section captain Zhang Yi had directed the inmates to torture him, and also hinted to him that he should commit suicide, and that some inmates tried to kill him at night. He showed me the mark on his neck.

In Section 4, not only was he tied to the bed all day long, he was stripped of his clothes. When we raised our objections, the police said that they tied him down so that he would not pull the feeding tube out and that they were trying to save him. To a person who had been tortured for extended periods of time and was extremely weak, the treatment was tantamount to killing him. When we requested his release for medical treatment, the police rejected it flatly. His condition was getting worse and worse. In the beginning of this year, I found that he was indeed mentally confused.

Our family members are all very worried. The pleural effusion that he had contracted could mean many things. If it was tuberculosis related, then he could contract TB and could be contagious if not treated properly. If it was a tumor-type, it could be cancer. After being tortured for extended periods of time, his organs could be traumatized and we have no way of knowing how bad of shape they are in now. Just as my husband said, if someone wants to hurt him, his life is in danger at any moment. We truly hope that we can get help from good people who are willing to stand up against this injustice.

“University President: 'It is not easy; I really admire them' (Photo)”