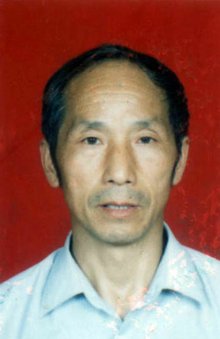 Mr. Hu Heping before he was tortured.

NEW YORK (FDI) -A painter from Hunan province, arrested in a nationwide pre-Olympic roundup of Falun Gong adherents, died the day before the opening ceremonies from injuries incurred in custody. Detained in March, an emaciated Mr. Hu Heping from Yueyang city died August 7, 2008 according to recent reports received by The Falun Dafa Information Center. He was 55 years old.

(Clearwisdom.net) In the morning of August 29, Swiss Falun Gong practitioner and professional photographer Daniel flew to Hong Kong from Taiwan. After nearly 5 hours of inquiry, he was deported back to Taiwan. Daniel, who married to a Taiwanese woman 4 years ago, was attempting to enter Hong Kong on his Swiss passport. Customs officials didn't provide any explanation for their refusal to grant him permission to enter Hong Kong.

It was 2:00 am and we were sitting on the floor of a Bangkok slum. We had a flight to catch the next morning, but after interviewing Falun Gong refugees for a week we still couldn't pull away from what they were telling us.