At around 2:00 p.m., on July 12, 2008 the Jiang'an Police Station in Qiqihar City, Heilongjiang Province, mobilized about six police cars and more than ten officers to smash and break open the door of Ms. Liu and Mr. Wang Weijun's rental apartment. The police used a large metal bar to break open the door. According to eyewitnesses, the police started to beat Mr. Wan as soon as they entered the room. Mr. Wang moaned in pain for over an hour. Then the police dragged him from the fourth floor all the way to the police car by his hair. Another practitioner, Ms. Liu, and her two children were also forcibly taken away. On the morning of July 13, 2008 they were taken to the Qiqihar City Detention Center and subjected to additional abuse. The whereabouts of the two children are unknown. 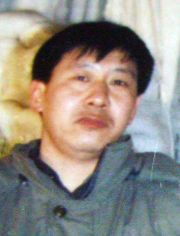 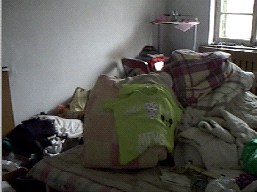 Wang Weijun was born in 1963. In 1979, he started to work at the Heping Factory. In 2003, he was persecuted and he lost his job. He used to suffer from a swollen throat and was in constant pain, which greatly affected his work and life. An operation failed to cure his ailments. In 1995, he started to practice Falun Dafa and all of the symptoms of illness disappeared. He became very strong and never thereafter used the medical allowance offered through his job.

Mr. Wang has been severely persecuted by the Chinese Communist Party since July 20, 1999. In 2002, officers from the Longshan Criminal Police Division went to his work place and took him away. Legal procedures were not followed and his family was not notified. He was taken to the No. 2 Detention Center in Harbin City for three months. During that time, he was made to do hard labor such as moving cement and other manual labor. He was given only a bowl of porridge for breakfast and lunch, and a bun and a bowl of cabbage soup for dinner. Ten thousand yuan was extorted from his family before he was released.

In 2003, the deputy chief of the Longhua Road Police Station of Qiqihar City colluded with a group of 610 Office staff members to go to Mr. Wang's home and arrest him. He managed to escape from the Longhua Road Police Station. During this time, a field officer, Lu Jinghai (male), took a tape recorder from Mr. Wang 's home to his own home. Mr. Wang has been forced to leave home to avoid being arrested. Both of his parents have since died from the upset and worry at their son's disappearance. 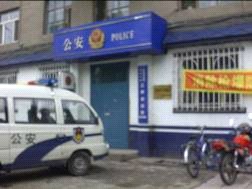