(Clearwisdom.net) The Asia-Pacific region preliminaries of the second "International Chinese Vocal Competition" hosted by New Tang Dynasty Television (NTDTV) were held on July 5, 2008, at the Performance Hall of National Chiayi University in Taiwan. Thirty entrants from across Taiwan were selected for the semi-finals after a day of fierce competition. Amidst applause and best wishes of other competitors and their relatives and friends, the winners of the preliminary selection will go to New York in August to participate in the semi-finals. 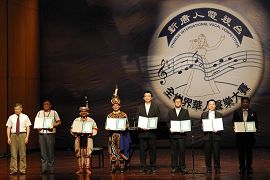 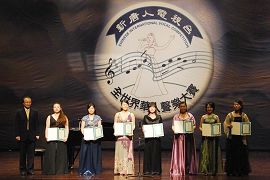 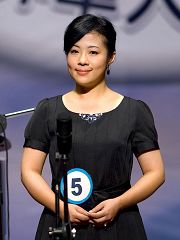 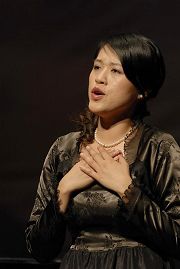 Contestants at the Asia-Pacific Preliminary Round 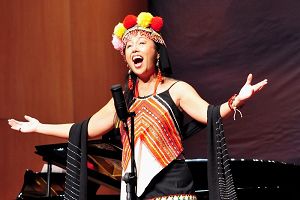 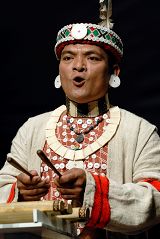 Thirty Finalists Are Selected for the Semi-finals

Chairman of the vocal competition judge's committee, world-renowned vocalist Mr. Guan Guimin, encouraged the winners to practice well. He said that the competition not only emphasizes singing skills, but also attaches importance to individual's refined behavior. Mr. Guan said, "Style is the man. When a person sings, he/she is undisguised and unmasked, his singing can reflect the singer's inner state. Singing does not have national boundaries, be it Bel Canto or Folk Singing, there is no difference in its artistic realm." 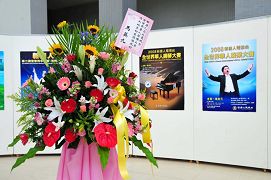 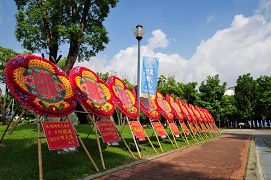 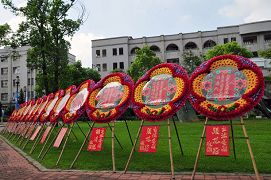 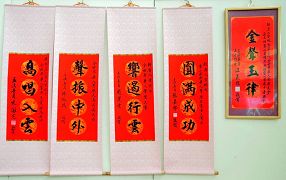 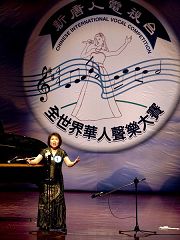 Ms. Wen Su-Yu had just come back to Taiwan from Vienna, Austria, and is currently an instructor in the Music Department of National Taipei University of Arts. She was excited about this opportunity to promote Chinese art songs, "It's a meaningful event for the Chinese and brings Chinese Bel Canto and Folk Singing to the world stage." She also felt NTDTV had contributed a lot to popularize Chinese culture and traditional art songs and allows contestants from Taiwan to widen their horizons. 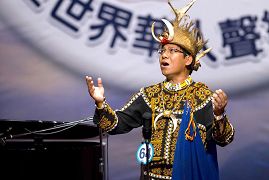 Hu Dai-ming, a music teacher at the Taitung High School, is devoted to preserving Taiwan aboriginal music. He established his own chorus and often went to different aboriginal tribes to collect and study their music. He sang "The Beauty of the dusk" and won the preliminary round. He wore a traditional Paiwan tribal costume and a war hat. He said, "It's fortunate for this society to have various competitions held by NTDTV and hence it is possible to promote traditional songs from different regions. It's of extreme importance to preserve and promote national characteristics, including the Hakka and aborigines."

Ms. Chuang Mei-li is the founder and President of Kaohsiung City Distinguished Citizens Society International. She brought her students to the competition and praised the competition as the highest quality she had seen in many years. "I appreciate NTDTV promoting traditional vocal music through this competition. It is important to bring Chinese culture to the world stage," said Chuang.

Husband and wife Chiu Shuo-yao and Tseng Chong-ying were excited to be able to both enter the semi-finals. They were very grateful and happy that NTDTV provided an opportunity for art enthusiasts to get together and learn from each other.

After the concert, the 30 winners from the primary of NTDTV Asian-Pacific vocal competition will set out on a journey to New York to present their pure and beautiful traditional singing.