(Clearwisdom.net) Mr. Bai Shaohua, a Falun Gong practitioner from Beijing, was born on March 20, 1971. On the afternoon of February 20, 2008, the police arrested him on the pretext of an Olympic Game "security check". He was detained at the Huairou District Detention Center in Beijing. From March 20 to April 1st, they confined him separately from others in a small cell at the Beijing Forced Labor Bureau. The Beijing authorities secretly transfered him to Baimiao Forced Labor Camp in Zhengzhou City, Henan Province, where he was confined for 14 months. Someone in the know claimed that two months was added due to his missing time from the last detention when they had to release him for hospital treatment. Mr. Bai is very weak from torture, and two people need to hold his arms in order for him to walk. 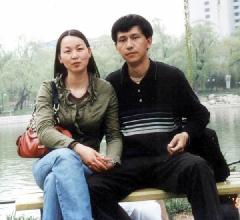 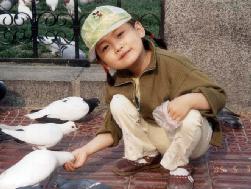 His family's attorney has asked to see him, but the labor camp authorities have repeatedly refused his requests, and the staff there have been very rude and harsh. The attorney handed in a complaint to the local judicial department on Baimiao Forced Labor Camp's violation of regulations. The Judicial Bureau of Zhengzhou investigated the issue and acknowledged the labor camp staff 's bad attitude and asked the labor camp authorities to apologize to the attorney and the family. However, the Judicial Bureau still refused to allow the attorney to see Mr. Bai. They claimed that their superiors had given an order that during the Beijing Olympic Games, visits to Falun Gong practitioners in labor camps were not allowed, nor were practitioners allowed to be released for hospital treatment, among other things.

In early May, Bai Shaohua's mother overcame many difficulties to locate Baimiao Forced Labor Camp. She begged to see her son. The labor camp authorities let her see him for only 15 minutes. They were only allowed to talk about family matters. Mr. Bai is extremely weak. He can only drink milk or other liquids. The request for hospital treatment was denied. In his current physical condition, continuing the detention is a death sentence. The attorney and his family couldn't tolerate it anymore. They are seeking legal channels to sue the entities and personnel that violate the law when they enforce the law.

Mr. Bai Shaohua and Yang Hui were driving to the Huairou District in Beijing on February 20, 2008, when they were stopped and arrested on the pretext of Olympic Games "security." They were taken to the Huairou District Detention Center, Beijing. Because the car was borrowed from a friend, Yang Hui, who was driving at that time, called the car's owner, Qi Wei. Mr. Qi told him that all the legal documents and certificates related to the car were in the car. Around 9:30 p.m. on the 22nd, when Qi Wei and his wife went for a walk around the outside of his home, several plainclothes policemen arrested him and took him to the Anzhen Police Station, Chaoyang District. After that, six to seven policemen broke into his home and ransacked it.

The police attempted to get a false confession by torturing Bai Shaohua. From February 20 to 25, 2008, they hung him on an "iron chain" and beat him for five days. Then they ordered a prison tyrant to beat him violently. Mr. Bai was tortured almost to death. The police were afraid of being held responsible for his death in the detention center, so they took him to the Qinghe Emergency Center in Beijing.

In recent years, Bai Shaohua's family has suffered gravely. The death and separation, sorrow and hardship are hard to describe. His older brother, Bai Xiaojun, a philosophy instructor at Northeast Normal University, would not give up his belief in "Truthfulness-Compassion-Forbearance," so he was repeatedly confined in Chaoyanggou Forced Labor Camp in Changchun City, where he was severely tortured. In 2003, he unfortunately passed away. Their over-70-year-old mother has also been imprisoned many times because she didn't give up her faith. The authorities have imprisoned Mr. Bao many times. He was shocked with electric baton and his legs were broken from beatings. In 2005, at the Qinghe Detention Center in Haidian District in Beijing he almost lost his life due to the brutal treatment. Ms. Ji Lei, Bai Shaohua's wife, was also detained in a forced labor camp. Guards tortured her brutally and gave her additional detention. They tried to force her to divorce her husband. A policeman once took away Bai Shaohua's daughter when she was only four years old.

Bai Shaohua's elderly mother worries about her son's physical health. Her heart is burning with impatience! Her older son, Bai Xiaojun, was tortured to death during detention in the forced labor camp. When she hurried to the forced labor camp, her son had already stopped breathing. She cried day and night and almost lost sight in one of her eyes. Right now, Bai Shaohua is very weak, and the authorities still refuse to let his lawyer see him. It seems the pain of losing a son is about to be repeated. Their mother does not have a place to go to appeal for justice. She can only ask everyone for help and strongly request her son's release for hospital treatment. Members of the international community, please pay attention to this!