(Clearwisdom.net) On July 18, two thousand Falun Gong practitioners from all over the world held a parade against the persecution through the streets of Washington D.C. The parade, led by the Divine Land Marching Band, took off from the Washington Monument, went along Constitution Avene and K Street and ended at Farragut Square. The procession attracted many local citizens and tourists. Many government employees also came out to see the parade. 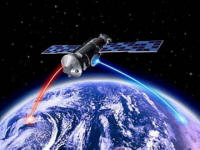 (Clearwisdom.net) Since the report on July 10 from Reporters without Borders on China's involvement in Eutelsat's decision to discontinue NTDTV's signal on its W5 satellite to Asia, new evidence has surfaced to confirm that the signal suspension is purely a political decision, and not caused by technical difficulties as initially claimed by Eutelsat.

Japan: Rally at Chinese Consulate in Osaka Calls for An End to Persecution (Photos) 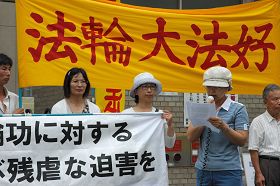 A practitioner reads a statement 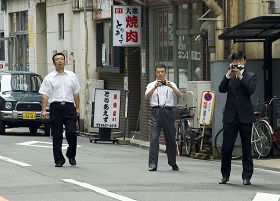 Consulate officials attempt to take photos of the rally