(Clearwisdom.net) The New York 2008 Falun Dafa Cultivation Experience Sharing Conference was held on Saturday, May 24, 2008 at Jacob K. Javits Convention Center in New York City. More than 5,500 Falun Dafa practitioners from around the world attended. At 2:20 p.m., our compassionate and great Master came to the conference and taught the Fa for about one and a half hours. Master Li emphasized the importance of looking within and improving xinxing.
…

(Clearwisdom.net) Recently, under direct orders from Zhou Yongkang, secretary of the Political and Judiciary Committee of the Chinese Communist Party (CCP), the CCP continues to frame and slander Falun Gong in China and overseas by fabricating news to inspire hatred towards Falun Gong. On May 17, facilitated by the Chinese Consulate behind the scenes, mobs surrounded and attacked volunteers in Flushing New York at the Global Service Center for Quitting the Chinese Communist Party (GSC-QCCP). On the days that followed, mobs continued to surround and attack the volunteers in Flushing.

Xinhua News Agency Attempts to Frame and Shift Blame on Others, Revealing the CCP's Evil Nature

(Clearwisdom.net) A devastating earthquake struck Sichuan Province. The whole nation bitterly mourns the dead. The death of innocent schoolchildren in particular is even more grievous. The Chinese Communist Party's (CCP) mouthpiece once more is diverting attention from the disaster and using this national tragedy for their own advantage. The CCP mouthpiece media frame and put blame on Falun Gong and certain democracy activists, falsely accusing them of "taking pleasure in others' suffering," "interfering with donations," and distorting a long existing slogan "Heaven will eliminate the CCP" into "Heaven will eliminate China." The CCP mouthpiece attempted to incite people's hatred of Falun Gong, and thereby diverting people's attention and escaping accountability. 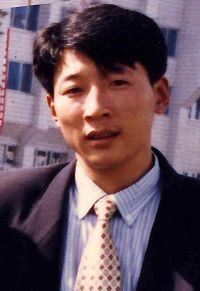