Mr. Xie Yunhuan Sentenced to Ten Years in Prison after Returning to China and Recently Severely Beaten in Prison (Photos)

On March 16, 2008, during a session in the Education Section of the 10th Division of Mudanjiang City Prison in Heilongjiang Province, Leng Guohua (male) gave incorrect and untruthful information about the Tiananmen Square self-immolation incident with the intention of defaming Falun Gong. Mr. Xie Yunhuan tried to stop him and said, "Stop slandering Falun Gong. It is a sin to slander Falun Gong. Good deeds are met with good returns and evil deeds are met with evil returns."

An inmate reported Mr. Xie to prison officials for what he had said during the session. At 10 a.m. on March 17, 2008, Wang Enze (male), the chief of the 10th Division, severely beat Mr. Xie. The details of the beating are still under investigation.

Mr. Xie Yunhuan was born on May 9, 1975, and holds a bachelor's degree. His hometown is Jidong County, Heilongjiang Province. In 1996, at the age of 21, Mr. Xie began to practice Falun Gong. In April 1999, he went to Japan to study. The brutal persecution of Falun Gong began on July 20, 1999, and thousands of practitioners were arrested, sentenced to forced labor, or jailed. In February, 2000, Mr. Xie returned to China, although he had not finished his studies in Japan. He was arrested and sentenced to ten years in prison for appealing to stop the persecution of Falun Gong. 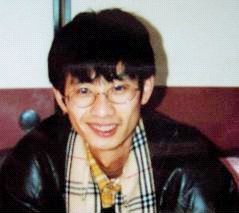 Picture taken on February 1, 2000, when Mr. Xie came back to China from Japan.

Mr. Xie detained in the prison

Below are the facts concerning the persecution of Mr. Xie over the past few years:

In February 2000, when Mr. Xie was on his way home from Japan, the Jidong County Police Department had already issued a warrant for his arrest. Mr. Xie could not go home. He went to Beijing several times to appeal for an end to the persecution of Falun Gong and to tell people the facts about Falun Gong and its persecution. In March 2001, Mr. Xie suddenly disappeared. He was arrested and put under investigation as a Japanese secret agent because he carried with him phone numbers of his classmates in Japan. Accusing him of being a secret agent was an excuse used by the Chinese State Security agents to frame him.

It was not until July 2001 that Mr. Xie managed to get others to help in passing along information about himself to his family. His family learned that Beijing State Security Bureau officials had arrested him on March 12, 2001, and that he was sent to the notorious Beijing Tuanhe Forced Labor Camp. He was physically and mentally tortured by being brainwashed, deprived of sleep for a long period of time, and severely beaten. He also became infected with scabies.

At the end of July 2001, Mr. Xie was escorted back to Heilongjiang Province and detained in the Jixi City First Detention Center. For 42 consecutive days, the director of the detention center deprived him of sleep and meals. He was given only a bowl of very light soup in the morning and afternoon. When the guards noticed him closing his eyes, he was shocked with electric batons to keep him awake.

In August 2002, right before he was to be sentenced, his interrogators tortured him and forced a confession. He was deprived of sleep for more than ten days. The police fabricated evidence, and at the end of August in 2002, the Jiguan District Court in Jixi City sentenced him to ten years in prison without the right to appeal. The whole process was conducted without witnesses or evidence. No defense lawyers were present. His family was not allowed to see him for this entire time.

In October of 2002, Mr. Xie was sent to the Hadagang Prison in Jidong County. According to prison rules, he did not qualify to do hard labor in the coal mine because he was nearsighted. However, these rules did not apply to Falun Gong practitioners. Mr. Xie was forced to do dangerous hard labor underground in the coal mine everyday. He was whipped or beaten with a club by the guards if he did not work fast enough.

In May 2003, Mr. Xie and more than ten practitioners were transferred to Mudanjiang City Prison. He was forced to work for more than 16 hours a day. To collect some extra money on the side, the prison officials forced the detainees with computer skills to play on-line computer games for long periods of time to obtain high scores that could be traded in for cash. This drained the detainees' mentally and they could not think. The prison officials tightly restricted the family visits and each detainee was allowed only 30 minutes each month. The visits were strictly monitored. If sensitive topics were brought up, the visits were interrupted and the detainee would not be allowed to meet with family members for the next several months.

Mr. Xie's brother, Mr. Xie Yunhua, is also a Falun Gong practitioner. He is a Japanese citizen and a resident of Shizuoka, Japan. He is calling on the international community to pay attention to his brother's case and to help in the efforts to rescue him.