Ms. Yang Xianfeng, 53, was a Falun Dafa practitioner who lived in the Shashi District of Jinzhou City, Hubei Province. She went to Beijing to appeal the persecution of Falun Gong in July 1999. She was arrested and detained for several months, during which time she was tortured mentally and physically. Officer Chan Jinhua from the Shashi Distrct Police Department extorted money from her. In July 2000, Shashi District 610 Office agents forced her into two months of brainwashing sessions at the Shashi District Chinese Communist Party School. 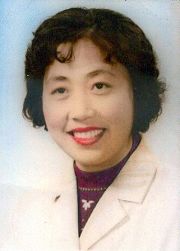 On March 6, 2001, Ms. Yang was arrested again while she was passing out truth-clarification materials, and her home was ransacked. Police detained her and several other practitioners in the Yingguanshanzhuang Resort, in Zhongshan Park, where they were tortured. Police subjected her to sleep deprivation, blinded her with bright lights, forced her to stand for long periods of time, left her outside for long periods of time without adequate clothing, slapped her repeatedly, injected chili water into her eyes and mouth, stuffed lit cigarettes into her nose, and stomped on her after smothering her with a comforter. They tortured her for nine days, causing her to lose consciousness, and dislocating her shoulder. The police took her to the Ximen Detention Center and after holding her for ten months, sentenced her to four years in prison.

In the ten months at the detention center, Ms. Yang went on a hunger strike to protest the persecution. Deputy Director Zhang Congjin ordered prisoners to brutally force-feed her. They knocked out three of her front teeth when they pried open her mouth with a metal bar.

Ms. Yang was transferred to the Shashi Second Detention Center in December 2001. Deputy Director Lu ordered prisoners to force-feed her using a thick tube, which caused her nose and mouth to bleed badly.

Torture and abuse during the ten months of detention resulted in her being unable to walk. She was carried into the Hubei Province Women's Prison in 2002. Because she firmly resisted the persecution, the guards tortured her for more than a dozen days through sleep deprivation and forced her to remain standing for long periods of time. She lost consciousness several times and cut the back of her head when she fell. Guards ignored the bleeding and continued to force her to stand by tying her to a pillar. Her hands and feet were swollen badly.

After Ms. Yang returned home in 2006 after four years imprisonment, Shashi District 610 Office agent Yang Jialong constantly harassed her and monitored her activities. One day in 2006, she was arrested by her front door. The 610 Office agents sent her to the notorious Tangxunhu Brainwashing Center.

Around February 20, 2008, 610 Office agents arrested her again and detained her at the Tangxunhu Brainwashing Center for nearly 40 days. Ms. Yang died on April 3, 2008 after enduring nine years of prolonged and repeated persecution.

“Investigation Leads: None of the Corneas Transplanted at Jinan Central Hospital Were Willingly Donated”