"We like Chinese culture. From the show, we learned a lot about it," Ms. Dardaine said to a reporter after the fourth show of the Chinese Spectacular in Paris on March 2. 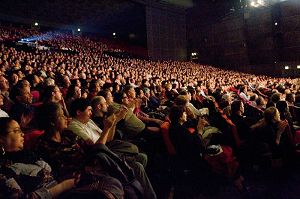 3,000 people watched the Chinese Spectacular in Paris on March 2. 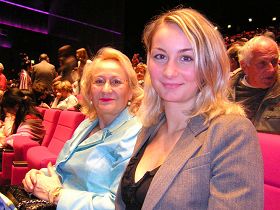 Ms. Dardaine and her daughter

Ms. Dardaine said: "The show was captivating . The beautiful costumes, dances and background scenes was like a dream."

Her daughter said she didn't know much about Chinese culture, but she learned a lot from the show. She said, "Chinese dance is so different than Ballet. I have never seen this kind of dance. It was very beautiful and interesting." Miss Dardaine was also impressed by the drum rhythms and the music of the show.

Other people also commented that the show broadened their view of Chinese culture. They said that until now their limited understandings of Chinese culture had been based on Chinese New Year parades and Chinese movies.