The 50th St. Patrick's Day Parade in Detroit made its way down Michigan Ave. on March 16. One hundred and twenty groups participated in the parade, which lasted for three hours. 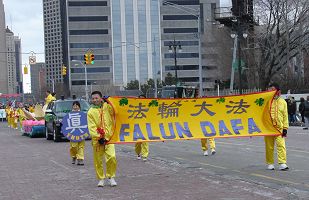 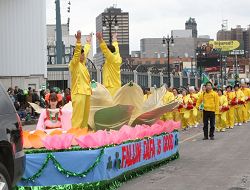 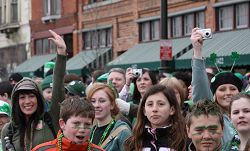 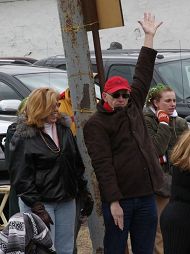 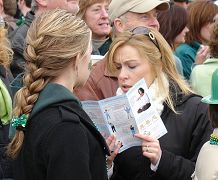 Falun Gong practitioners were the only Chinese group in the parade, and it was their second time in the Detroit parade. The exercise demonstration and waist drum performances attracted many people's attention. Spectators accepted flyers and applauded warmly as the practitioners passed by.