As the Beijing Olympics approach, illegal arrests, torture-related deaths and even executions are on the rise. This is said to be directly related to secret orders issued by the CCP on February 19, 2008.

The document essentially orders Party authorities around the country to "intensively deal with problems," "to enhance 'management' of the activities of foreign reporters coming for the Olympics," "to enhance the 'management' of internet and cell phone text messaging", and to "severely crack down on Falun Gong." It is widely known that the term "management" used in this context means to monitor and control, using every means at their disposal, to achieve Party goals. 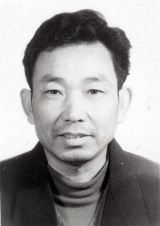 As early as 2005, Liu Jing, the associate director of the national police department, ordered police forces to eliminate Falun totally before the Beijing Olympics. His orders were disseminated throughout the police system all over the country. In March 2007, Zhou Yongkang, then head of the national police department, also gave orders to destroy Falun Gong, leading to many serious cases of persecution nationwide.