(Clearwisdom.net) On March 3 and 4, the Divine Performing Arts Company of New York gave two successful performances at the Raymond Theatre in Geneva, Switzerland. VIPs from many different backgrounds gave high praise to the artistic level of the performance. The VIPs are from various European countries and speak different languages. They are politicians from different cultural backgrounds, presidents of Swiss private enterprises, financial sector executives, and well-known people from arts circles and non-governmental organizations.

Renowned Violinist -- "The Show is Unique and First-Class"

Armene Stakian from Switzerland is a famous violinist and the International Violin Competition Award winner. She came to the performance and said: "The entire performance was wonderful. I liked all the dances, the colorful costumes, and the elegant dance movements. The show is unique and first-class. The mélange of the performances did not affect the theme that the show wanted to convey. 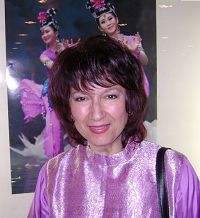 The "Nymphs of the Sea" was her favorite. "It was miraculous and unbelievable that I could feel the flow of water. I have studied the theory of Five Elements and am well aware that water is one of the Five Elements."

A Member of the Swiss Congress -- "These Artists Are Really Great"

Swiss parliamentarian Claude Jeanneret and his wife attended the March 4 performance. He said that the performance was outstanding and one-of-a kind. The artists are exceptional. Everything in the show was wonderful. The artists are very serious and sincere, and have very high artistic standards. 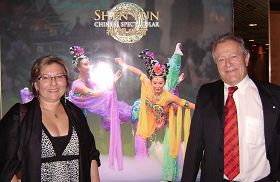 Jeanneret said: "I am opposed to any violation of human rights and all persecution. I didn't know much about the Falun Gong issue before this show. I fully support such thought-provoking performances that highlight profound social problems. I really cannot endure that there are still serious human rights violations in China. The Chinese Communist Party is irrational and dictatorial."

He continued: "I fully support the messages that the performance conveys. My heartfelt thanks to all the artists.' I am impressed by their sincere dedication. I am pleased to see that performance in Geneva, Switzerland."

Jeanneret believes that the DPA performance revives the long lost traditional Chinese culture. "I hope these artists will continue with their efforts and not deviate one little bit. This is not only the right thing to do, but also a great, remarkable cause." 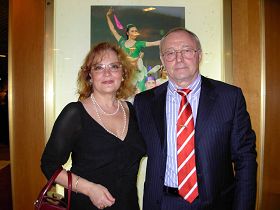 A retired United Nations official from the former Soviet Union, Mr. Evgeuiy Nadejdine, and his wife attended the performance on March 4. After the last curtain call, Mrs. Nadejdine told reporters smilingly, "I loved the performance. It was very beautiful!"

Mr. Nadejdine said that the performance was impressive and meaningful. "The performance displayed the Chinese history. I think China is a great country and its ancient history is unique and exceptional. For some Europeans, this is great opportunity to get to learn about the real China."

Mr. Nadejdine is a Russian and a former regional energy adviser to the United Nations. He immigrated after he retired more than 20 years ago to Switzerland.

He said that the performance reminded him of China's traditional culture. "Chinese people should introduce more of their culture to Western countries. The Chinese people have a long-standing history, which is not 300 years, or 1,000 years, but 5,000 years old."

He continued, "I think it is very important to demonstrate China's history and culture to the world."

When we said our farewell, the happy feeling was still written on their faces.

Businessman -- "The Head of DPA Has Great Wisdom"

Swiss Property Group senior executive Richard Unwin attended the performance in Geneva. He said that the DPA performers conveyed high artistic value. He also expressed his willingness to use his expertise to help spread the Divine Performance message to the world. He suggested that everyone in this world should see the show. 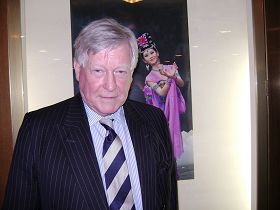 "I would like to send my best regards and a congratulatory message to the entire staff of the Chinese Spectacular. They achieved great success! I did not quite understand the Falun Gong issue before, but after watching the two performances about Falun Gong, I fully understand the message that the show intends to convey. In particular, I liked the "Nymphs of the Sea" scene. I can hardly believe that this was created by Chinese people. " 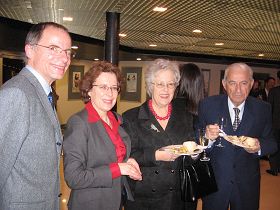 Ms. Liliane Boccard said, "I love the contrast between the elegance of the ladies and the masculinity of the men. I think that today's performance presents this culture very well."

Ms. Delphine Laurent added, "We also feel a New York flavor in the design and organization of the different scenes and in the use of different clothing. It is a combination of the traditional and modern. We love it very much. It is very, very nice."

Mr. Andre Boccard, a banker, said: "I think the host and hostess interlude worked wonderfully in introducing each performance to the audience. This has played a great role in presenting the different stories."

He continued, "After watching the performance, the strongest message and what I remember most is tolerance." Ms. Laurent added: "There is also compassion and truthfulness."

NGO Official -- "The Energy and Messages It Conveys Impressed Me Deeply" 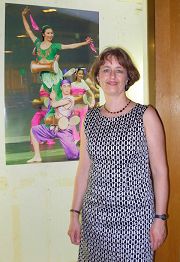 Ms. Bettina Ryer is the Secretary-General of the Swiss Division of Anti-Christian Persecution of Human Rights organizations. After watching the performance, she said, "This show is really beautiful, the color, the music, as well as the backdrop. It is a great achievement. I love the dances. The content, the energy and message conveyed, which was expressed by their movements. I was deeply impressed.

She said that she was most impressed by the Tibetan dance "Snowy Mountain, White Lotus." The dance is graceful and harmonious and the movements are very smooth and flowing. Then, there is also the contrast between the white clothes and the bright colored horizontal stripes. It is very eye-catching and impressed me deeply."

Mr. Lorin is an expert in cyber crime. He also loves cultural diversity. He said that he was very pleased to see such a performance in Geneva, "The orchestra is wonderful!"

Mr. Lorin also praised the backdrops, "The pictures are beautiful. The technology involved is very advanced. The special effects it achieves are perfect."

The DPA Touring Company of New York ended its performance in Geneva, Switzerland, and moved on to the world capital of music - Vienna, Austria.

“Social Worker in Tainan,Taiwan: "Art Can Wipe Out the Shadow of Violence" (Photo)”

“Seeing the Chinese Spectacular for a Second Time”