The Divine Performing Arts Touring Company performed at the Times-Union Performing Arts Center in Jacksonville, Florida, at 8:00 p.m. on December 26, 2008. The cast answered three curtain calls in response to the audience's thunderous applause at the end of the show. 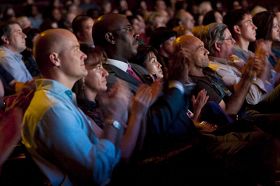 Coulter Kirkpatrick is a newspaper manager. He thought the show was incredible. "Very nice," he said. "It was very beautiful! The music, colors, and the dances were incredible. The drumming program was wonderful. It is hard for me to pick which one is my favorite, I loved everything." 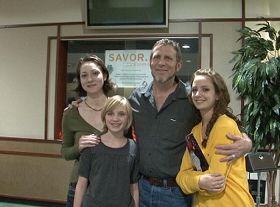 Mr. Kirkpatrick brought his wife and two daughters to the show. His wife, Heather Lovejoy, is a journalist. Her favorite pieces were "Mongolian Chopsticks" and "Drummers of the Tang Court." She said, "Fantastic, I appreciated the beautiful costumes. I'm very glad to have come to see the DPA show."

Their daughter Cis said that the dances were beautiful, the costumes amazing. She noticed from the many detailed movements that the performers must have put in a lot of effort. The other daughter, Emma, who has studied dancing, said that she enjoyed the show and that it left a deep impression on her.

Mr. Kirkpatrick continued, "I know the persecution of Falun Gong in China is still very serious, and the media in the U.S. have not had much coverage on this. I'm glad that the show helped people to learn about it. I hope that the DPA will continue disseminating such information to the public. I'm very grateful for the arrival of the DPA." 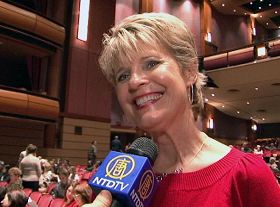 Renee Handtke is a professional dance teacher, teaching ballet and folk dance. After seeing the DPA show, she was pleasantly surprised and found that the entire show was fantastic.

"The entire show was breathtaking! The performers danced in sync, which requires much effort and training and practice. I noticed their unity in the performance, and their determination to reach the sublime. I'm moved."

Ms. Handtke thought each and every program was excellent. The male dancers' drumming piece was stunning. She described their performance as "having strength, and full of vitality and dynamism." She said dance skills and instruments were well-integrated in the drum program. She said that she was grateful for the arrival of the DPA and she enjoyed the entire program. 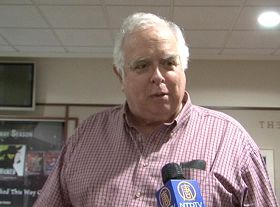 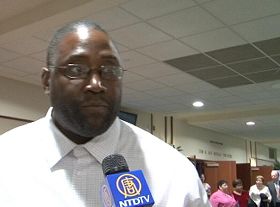 Pastor Lawrence was moved by the DPA show 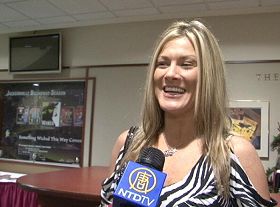 Tom Leonard is a professor in the History Department of a university in Florida, specializing in relations between the U.S. and other countries. He brought his daughter and granddaughter to the show. He said, "I liked the show very much. I have been to China, and seen performances there, but none of them were as good as this one."

Lawrence Feverett is a pastor. After seeing the show, he came up to the reporter and said, "I really enjoyed the show. I'll come to see it again if [DPA] comes to perform next year."

Cia Molonas is a singer who came to the show with her mother. Ms. Molonas felt the show was visually beautiful, and the songs were inspirational, uplifting, and wonderful. Her mother was grateful that the English translation of the lyrics were projected on the screen, while the singing gave her inspiration. The choreography was beautiful, and the costumes were beautiful. She said it was perfect in all aspects.

A psychologist said that he had been to China where he had watched Beijing Opera and acrobatics, but this show was completely different. It was outstanding.