Falun Gong practitioner Ms. Hu Ying, a resident of Diaobingshan City, Liaoning Province is currently detained at the Diaobingshan City Detention Center. She is currently very weak. The prison doctor Li Chengqiang has brutally tortured Ms. Hu Ying in an attempt to force her to end her protest hunger strike. While in detention, Ms. Hu Ying suffered from kidney failure, and had difficulty urinating. The guards did not care and did nothing to help her. She was in such agony that in her pain, she struck her head on the wall and screamed out so loudly that everybody in the center heard her. When this happened, the doctor Li Chengqiang was afraid of being held responsible for the severe consequences of her condition. At this point he took Ms. Hu Ying to the hospital, and had her placed on a catheter. 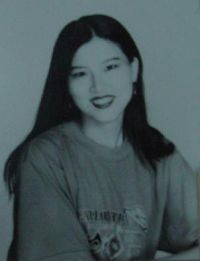 Around 7:00 p.m. on July 4, 2008, the Diaobingshan City police in Liaoning Province broke into Ms. Hu Ying's rented apartment and confiscated several items, including a computer, printer, copier, Falun Gong books and materials, CDs, a bed and other furniture, and kitchenware. The items they stole were worth 38,000 yuan (including cash of over 8,000 yuan). On July 6, the police transferred Hu Ying to Tieling City Detention Center and continued to torture her. Due to the brutality of the torture, Ms. Hu's health declined rapidly and the Tieling City Detention Center was afraid of being held responsible for her possible death, so she was sent back to Diaobingshan City Detention Center on September 29. As of this date, Ms. Hu has been severely persecuted for over four months.

The following is additional information provided by a witness on October 29, 2008 at the gate of Diaobingshan Hospital:

On October 29, in the parking lot at the gate of Diaobingshan Hospital, a woman wearing a prison uniform looking very weak and frail kept falling to the ground every few steps. Even though she could barely walk, two guards were following her with electric batons. As the guards urged her along, they kept shouting at her, "Get up! Go!" It was confirmed that this was a Falun Gong practitioner. Based on the witness' description, it is very likely that it was Ms. Hu Ying.

Several days ago, Ms. Hu Ying's husband went to policeman Zhang Feng, to ask about his wife's situation. Zhang Feng said, "The case has been transferred to the court. It is no longer in our hands. If your family wants to appeal, you can hire a lawyer."

Li Chengqiang, the prison doctor who works in Diaobingshan Detention Center has been working in this detention center since 1999. He has personally witnessed several hundred Falun Gong practitioners being detained, sentenced, or subjected to forced labor. He witnessed the steadfastness of Falun Gong practitioners. He expressed admiration for them and acknowledged that this is a group of very good people. But he has sold his soul for his job. His reason, "This is my job. I'm not going to get into any trouble. My boss will not be happy if I don't do my job and do what I'm expected to do." This mentality has caused him to brutally force-feed practitioners when they protest the persecution with hunger strikes.

Practitioner Wang Hongshu's back was broken when he was arrested by a policeman named Zhang Fucai. As a result, he became paralyzed from the waist down and yet, as a means of torture, he was still force-fed. Li Chengqiang ordered the guards to hold Wang Hongshu's nose and a steel rod was used to pry his mouth open. They then force-fed him hot pepper water and soy sauce. They also threatened that if Wang Hongshu refused to stop his hunger strike, they would also force-feed him human feces. The brutality of this force-feeding caused Mr. Wang's front teeth to become loosened.

Practitioner Yin Liping has been tortured to the point where she has difficulty walking. Despite her condition, she was still kept shackled to the floor so tightly that she was not able to move. She was not allowed to go to the bathroom. Li then ordered the guards to hold her nose and used a steel rod to force her mouth open, while they force-fed her concentrated salt water. Right before they started force-feeding Yin Liping, the guards had to move some of the inmates who had weak hearts or heart conditions to other cells. This indicates how traumatic and horrifying the force-feeding scene must have been. Yin Liping was almost suffocated to death during the force-feeding.