Canadian Environment Minister John Baird addressed a pre-show VIP reception, joined by about 100 distinguished guests. Baird said that the Spectacular presents "a very different perspective of China and the values that are at the root of a lot of Chinese civilization, which is exciting culturally and intellectually."

"It has been a spectacular show so far. The lights and sounds and color, the precision and the coordination between the performers on stage and the musicians in front of the stage is really remarkable. I am also amazed at how the performers and those who coordinated this event have managed bring in so much beautiful imagery from the technical side as well, such as pictures of traditional Chinese settings," said Pierre Poilievre, a Conservative Party member and a member of the Canadian House of Commons. "I think we all have to remember that we have to stand up against communism and oppression and that is something that is very clearly articulated by the artistic portrayals in this performance." 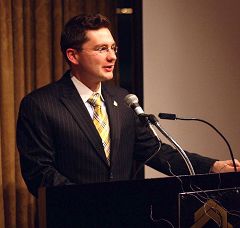 Pierre Poilievre, a Parliament member at the pre-show VIP reception 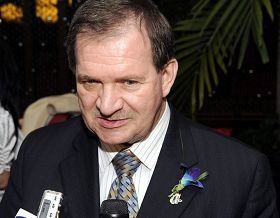 Marcel Lussier, a Parliament member, enjoyed the show for the second year

Marcel Lussier, a member of the Bloc Quebecois and a member of Parliament, said on January 13 that NTDTV is "not afraid of the Chinese Communist Party, and respects Chinese history and tradition. All this is very similar to the values of Quebec's people."

Ontario Member of Provincial Parliament Lisa MacLeod attended the first show in Ottawa on January 13, 2008. She was amazed and told the reporter that the show was absolutely fantastic. She also said that she could understand why people shed tears when they saw the show, as she found special meaning in the lyrics of one of the songs and said, "What an inspiring message to start the New Year with. Truth--when you find it--means renewal, and I think that's a great message for a politician to hear. It's absolutely wonderful," "I want to thank you all for giving me this opportunity," "NTDTV provided a great evening for the Chinese community and all Canadians." 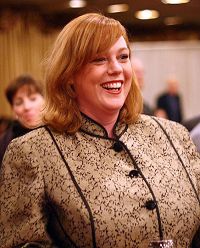 "There are no words to describe exactly what I saw tonight," said Ontario's Minister of Community and Social Services and Francophone Affairs Madeleine Meilleur, "The costumes are outstanding, the choreography is wonderful--it's a wonderful history of China through singing, dancing, and the costumes. ...You see through the dance, the choreography, the pain that Chinese people have gone through."

"The values portrayed in the show are not only in accordance with Chinese culture but with all of humanity, " said City of Montreal councilor Karim Boulos on January 15. "We encourage not only the Chinese community but all Montrealers [to come and see the show.] And to see ... shows on such an international level."

"Uplifted, inspired, dazzled," said David Kilgour, former Secretary of State for Asia Pacific and Liberal Member of Parliament. "It's magical what we're seeing here tonight. I've got nothing but respect for the people who've done it." "The dancing is really out of this world, almost everything is out of this world... This shows what a marvelous culture and tradition the authentic Chinese culture is... I would recommend this show to anybody." 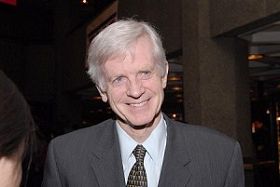 Brian McAdam, a former Canadian diplomat who served at a Canadian mission in Hong Kong said, "Throughout history, tyrants have tried to impose their ideas of what culture is...but ultimately this human spirit brings back the true culture of the society. It's marvelous to see again." 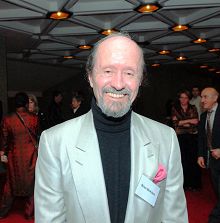 Many foreign dignitaries, including the Philippine ambassador, the Australian ambassador, the Italian ambassador, and the U.S. Consul General, attended the performance. The Philippine Ambassador to Canada, Jose Brillantes, said he especially noticed "the charm of Chinese choreography and the power of the dance of the drums." When referring to the authentic Chinese culture presented in the Spectacular, which the performers say is without any elements of Communist Party culture, the ambassador said, "That's what I mean when I say the Chinese tradition of peace and harmony, and yet there was the powerful notion through the drums. This can happen only, for instance, here in Canada, because of its multicultural policy."

Representatives from the Prime Minister's office and from the offices of five parliament members and the mayor's office attended the opening performance on January 13.

Prominent Canadian human rights lawyer David Matas said on January 14, "[The show] is a continuation of Chinese culture as a living entity rather than just as a museum artifact." "It isn't just the preservation, because you see things in the show that would normally help cultural development that don't just replicate the past but bring the past up to the present. One of the things we saw was the marriage of modern musical instruments and ancient Chinese instruments and that in itself is an important cultural development, important for global culture, important for Chinese culture." 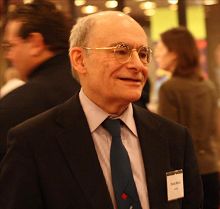 Professor Allan Ryan, chair of the Department of Aboriginal Art and Culture at Carleton University, said the Spectacular "shows that traditions are continually evolving, and yet they're rooted in a profound, solid knowledge." "I very much appreciate how the fusion of traditions and the contemporary experience are brought together to make some very profound statements in the performance, and I think it works very well," Moreover, "You can entertain people and present very serious issues and substance in a manner that is not offensive to them."

Cyril Dabydeen, a renowned poet and a juror for the Canadian Governor General Award for Literature and a professor at the University of Ottawa, said, "The show will promote culture by making us think of the high standard that can be achieved in human artistic pursuits and endeavors," "This high quality of choreography, dance, singing, the sopranos, drumming, the orchestra--it is of extraordinarily high quality, and for our ethnic communities, it uplifts all of us."

Genevieve Mareschal, a professor from the School of Translation and Interpretation at the University of Ottawa, said the show was a purely truthful, compassionate and beautiful show, one with natural harmony. The collaboration between dancers was harmonious, and the show manifested the values of compassion and people helping each other. To her, the show brought a feeling of peacefulness.

Mary Jo Lynch, director of Carleton International, who once worked for the Canadian Department of Foreign Affairs, said, "I thought that was absolutely beautiful... incredible grace and balance," "The fact is that culture and history are so important, and that's what really links people together in spite of differences and turmoil," "I would see it again and recommend it to all of my friends."

Stephanie Chitpin, associate professor in the Faculty of Education at the University of Ottawa, attended the show with her family. She said, "The singing is one of a kind. The poise and agility of the dancers--it's really spectacular in every sense of the word," and she added that the integration of Western and Eastern music and cultures was "fantastic."

David J. Paulson, a professor at the Department of Law, the University of Ottawa, said the show was excellent and that he could see the performance carried positive values, many of which would be worth further thinking. 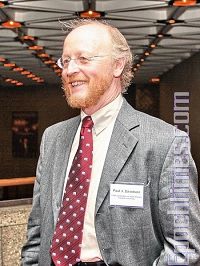 David J. Paulson, professor at the Department of Law, University of Ottawa

Glenn Hodgins, a renowned pianist and executive director of the Ottawa Chamber Music Society, said after seeing the show on January 13, "The caliber of the dancing and the musicians was excellent. Very well-thought out, well-choreographed, very professionally done." 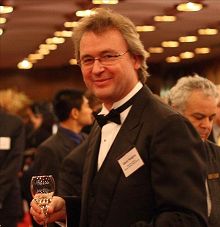 Glenn Hodgins, renowned pianist and Executive Director of the Ottawa Chamber Music Society, at the VIP reception on January 13

Commenting on the combination of Eastern and Western music and instruments featured in the show, Hodgins said, "It's very interesting to blend and bring the different traditions together. It's a terrific opportunity for the musicians to work together, to learn from each other, and to share their artistic excellence. We see this a great deal more and more, I think, where it's possible to combine the culture and musical styles--very successful," "[The show] sends a very strong message from the Chinese culture. Also [there is] such a fantastic presence from the Asian community here. Obviously we're all living in one community and we can all enjoy the arts and culture and the common message."

Along with the drumming that he enjoyed very much, he said he particularly found the depth of the performances "very intriguing," pointing to "exquisite dancing and exquisite messages" in the show.

Amanda Forsyth is considered one of North America's most dynamic cellists. The winner of a Juno Award--Canada's Grammy--she is the principal cellist with the National Arts Center Orchestra (NACO) in Ottawa. Forsyth was the youngest principal ever selected by the Calgary Philharmonic Orchestra in 1993, where she remained until joining the NACO in 1999.

She had this to say about the Spectacular, "It's really beautiful that they're really so proud of their traditions. It's so poetic." Forsyth enjoyed the mix of Eastern and Western instruments in the orchestra that accompanied the show and was particularly pleased with the "erhu"--a two-stringed Chinese instrument with a wide range of notes--which is her favorite. She said, "I felt like I was actually in Asia."

Former Opï¿½ra de Montrï¿½al singer Paulette Scheme saw the evening show on January 14 with her husband. She noticed the moral dimension portrayed in the stories and enjoyed "seeing how beautiful it is that we see a different China [than] the one that we hear about politically and so forth," "The people's spirits and the hearts are good and pure, fighting all the things that are wrong, and yet in such a beautiful way," "What I like is that you are not focusing anything on the politics. You are talking about the human being and spirit."

Another aspect that stood out for her was the combination of Chinese and Western instruments and compositions. Although there is that modern component, the flavor of Chinese music is retained, she said.

The shows in Canada opened to a full house and drew a standing ovation and rave reviews from an impressed audience. Some audience members even commented that the show is a "gift from heaven."

The Divine Performing Arts delivered its last performance in Montreal on January 17 before moving on to Toronto.

“San Diego: "It Was Very Uplifting, a Great Way to Bring in the New Year"”