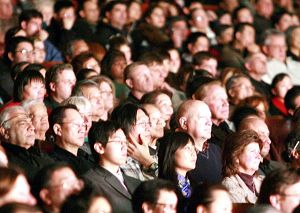 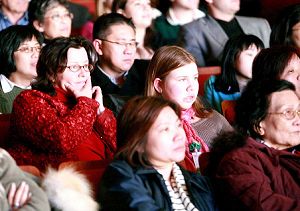 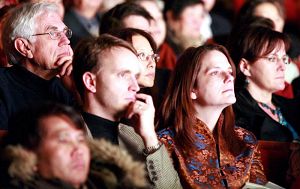 Bakery owner Ms. Lian brought her four daughters to the show. She said that the purpose was to have her children find out about Chinese traditional culture and China's different ethnic groups. "I believe that they will benefit from seeing the show, since they have grown up here." Ms. Lian said, "I was especially interested in the story of the two youths who took shelter in a temple. The backdrops seemed real and the costumes were first rate. The lessons of the story were very educational."

Sponsor from The Denver News: "We'd Sponsor It Again in a Heartbeat, Please Come Back"

(Clearwisdom.net) The Chinese New Year Spectacular is the largest celebration of the Chinese New Year in the world. Divine Performing Arts based in New York City will perform in 65 cities around the world and reach approximately 650,000 attendees worldwide. In reviving ancient Chinese culture, it takes you back 5,000 years into ancient China in two unforgettable hours.