Invited by Da Tang Culture Association in Kinmen, the Divine Land Marching Band in Taiwan, the waist drum team and fairy lady dancing team, all consisting of Falun Gong practitioners, performed in Kinmen on September 8 and 9. It was the first time that the band performed in Kinmen. The local citizens welcomed the band. 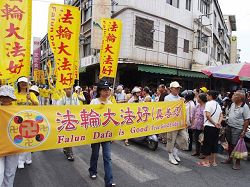 Spectators show appreciation for the band 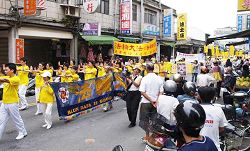 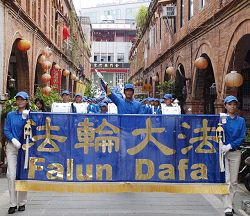 The band passes through downtown

The band is passing through a tourist spot 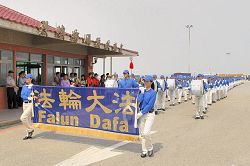 The band is passing through Lieyu Hsiang 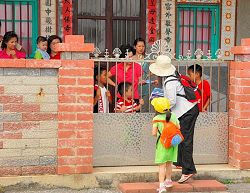 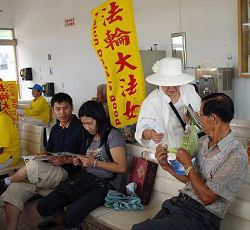 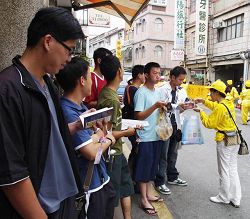 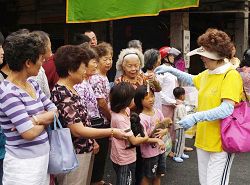 The band performed in Hsiao-Kinmen on September 8 and Ta-Kinmen on the 9th. The local citizens welcomed the performances and expressed their hopes that the band would come back again. Many of them took photos of practitioners. Falun Gong practitioners also demonstrated the exercises and re-enacted the crime of organ harvesting committed by the Communist party in China. Practitioners passed out a lot of "truth-clarifying" materials and beautiful paper lotus flowers. Some citizens asked for detailed information about Falun Gong and expressed interest in learning.