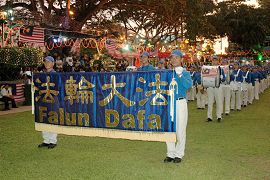 The band waits to get on stage

Their music moved the audience 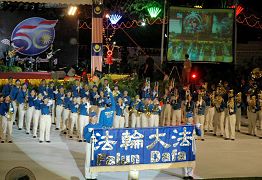 The audience had high praise for the band. After hearing the band play, Mr. Feng Zhiming, a law enforcement employee with the city government, couldn't help crying, "Great!" 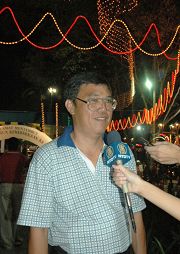 The evening performances included songs by famous singers, dances from three major ethnic groups, and traditional music. The fireworks at midnight added greatly to the celebration.

It was the fiftieth National Day celebration. Many large cities in Malaysia held activities celebrating this grand holiday on the same evening.