On August 26, 2007, the Service Center for Quitting the Party in Malaysia held a rally in Kuala Lumpur to support 25 million withdrawals from the Chinese Communist Party (CCP). As part of the rally, attendees re-enacted the CCP's harvesting organs from living Falun Gong practitioners. Citizens from Kuala Lumpur supported the rally and condemned the CCP's brutality. 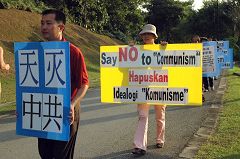 Supporting the withdrawals from the Chinese Communist Party 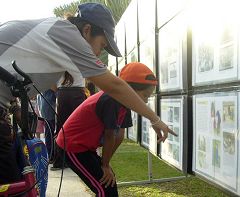 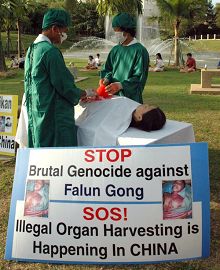 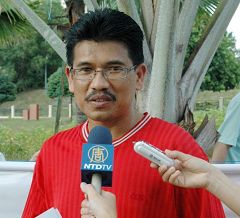 "The CCP's crime should be stopped!" 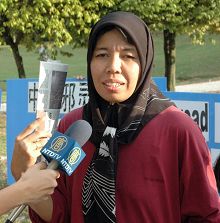 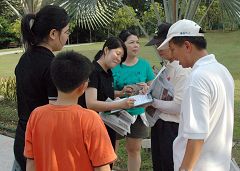 Mr. Zhang said, "Chinese people have realized that they should not place any hope in the CCP. They will have freedom and a wonderful future if they abandon the evil party and quit it."

Several citizens from Kuala Lumpur learned the facts about quitting the party and supported it. One person said, "The CCP's crimes are against humanity, and should be stopped." A woman said that many people don't know about the persecution of Falun Gong due to the CCP's information blockade. She expressed that she supports the Human Right Torch Relay, because it concerns the lives of many people.

“Japan: Spreading the Fa at the 100th Anniversary of Tohoku University (Photos)”