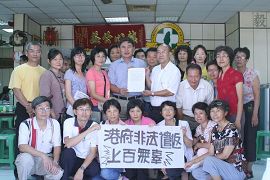 Lin Kunhsiu, one of the practitioners who was deported, said, "Our purpose for going to Hong Kong was to call upon more people to help stop the persecution of Falun Gong and expose the Chinese Communist Party's (CCP) brutality. Was it really necessary for the Hong Kong government to violently deal with peaceful Falun Gong practitioners with more than a hundred policemen?" 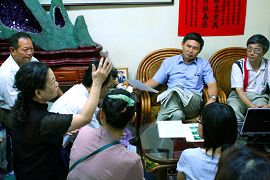 Li Junyi told practitioners not to be afraid of the Chinese Communist Party. Practitioners called upon the government to pay attention to the violent deportations that took place in Hong Kong.