(Clearwisdom.net) On May 30, 2007, the local newspaper, Shouguang Daily, published a picture of the Chinese Communist Party (CCP) deputy minister of Public Security, the deputy commander of the Armed Police Headquarters, and officers Huang Weilian and Nie Zuokun from the Weifang City Police Department. Nie Zuokun and Huang Weilian have persecuted Falun Gong practitioners. The title of the picture and story was: "City Detention Center Has No Accidents for Eight Years." It reported that the Public Security Ministry had selected Shouguang City Detention Center as a nationwide model unit for the year 2006.

Though I knew the CCP to be shameless, I was still shocked by such a brazen story. Let us examine the following incidents:

Ms. Han Lianfeng is 50 years old and from Gaojia Village, Shouguang Township, Shouguang City, Shandong Province. Ms. Han started practicing Falun Gong in 1996. Prior to practicing, Ms. Han suffered from nervous headaches that were extremely painful, causing her to be ill-tempered and given to frequent arguing with family members. After she started practicing Falun Gong, her illness disappeared, as did her temper. She became considerate of others, and her family life was harmonious again. As Ms. Han rode her bike through an intersection one day, she saw pieces of broken glass all over the place. Other bike riders had to carry their bikes to avoid damage. Ms. Han went back home and took a broom and a dustpan to clean up the glass. It took two hours, and she cut her hands on the broken glass.

After the persecution began on July 20, 1999, Ms. Han was subjected to torture, fines and public humiliation. On the night of November 30, 1999, local police arrested Ms. Han and sent her to the city detention center. Because she refused to give up cultivation, she was forced to stand for a long time. Several guards attempted to force her to slander Master. When she refused to do so, they slapped her in the face and whipped her head with bamboo sticks. The guards continued the torture for an entire day, until Ms. Han collapsed on the floor. The guards eventually paraded her through the streets to humiliate her publicly. Ms. Han was illegally detained for 40 days and fined 2,000 yuan.

Practitioner Ms. Wang Lanxiang was an older lady in her sixties. The guards stripped her naked and tortured her until she lost consciousness and lost bladder control. She was tortured to death. A witness said, "On the afternoon of June 7, 2001, practitioner Wang Lanxiang was shocked with electric batons for the entire afternoon, yet she did not give in. The guards changed to a high power electric baton and shocked her until she died." After Ms. Wang Lanxiang's death, the detention center officials cremated her body to cover up their crimes.

Practitioner Ms. Li Yinping was also stripped naked. The guards beat her until her whole body turned black and blue. She lost consciousness several times. The guards poured cold water on her to wake her up and continued shocking her with electric batons. One guard said, "Let's take her into the room to rape her and kill her." Ms. Li was tortured to death at the young age of 37. 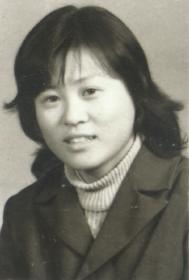 Based on the above incidents, we recognize that there is no truth to the newspaper's statement of there having been no accidents in the Shouguang Detention Center. It is CCP's nature to lie and slander, attempting to gloss over its ruthless criminal deeds.

The CCP's dictatorial regime purposely circumvents all laws and human rights. The CCP functionaries illegally imprison innocent citizens, torture and murder people, and harvest organs from living Falun Gong practitioners and other prisoners. The CCP does not acknowledge that these are crimes against humanity. Their terminology declares: "safety without accidents." Such a brazen propaganda statement once again demonstrates the true nature of the CCP. Their crimes are meant to keep the CCP in control over the country and maintain the CCP's dictatorial power base. The CCP does not care about security and safety, other than for its own perpetuation. This article is another example of what "public safety" in China stands for--not for the security concerns of the citizens, only for the power of the CCP over people.