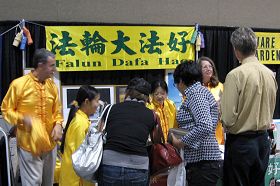 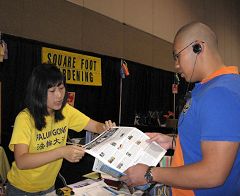 Clarifying the facts of Falun Gong 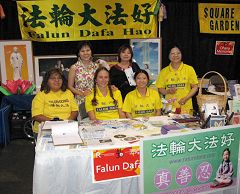 Two gentlemen told practitioners that they felt the energy field of practitioners. One of them wanted to learn the exercises right away and said this is what he had been looking for. One gentleman from Malaysia said that Falun Gong is very pure and he invited practitioners to demonstrate the exercises at an annual qigong activity in Utah.

Many tourists learned the facts of the brutal persecution of Falun Gong in China and many of them signed their names to support practitioners.

At the end of the activity, the organizers invited practitioners to come next year.

“Queensland, Australia: Exposing the Persecution in China at a Multicultural Concert (Photos)”