Toronto, Canada: Falun Gong Practitioners Awarded at May Day Festival for their Contributions to the Community (Photos) 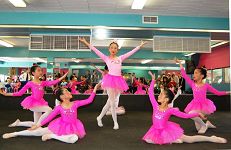 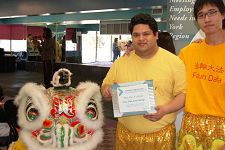 The Divine Land Marching Band, Lian Hua Arts Group and the Exercise Demonstration Group composed of Falun Gong practitioners presented dance, music and Falun Gong exercise demonstrations for local residents in many sites both indoors and outdoors, and they were warmly received by the sponsor and the audience.

According to the coordinator of the sponsor-Community Living York South Anita, the organization has celebrated the May Day Festival for eight years. In the first seven years, the celebrations were held only in Stouffville. This year, the celebrations were extended to five places. The purpose is to have people of different ages and backgrounds celebrate together and live in harmony in the same community.

“The Brutality of the Police at Liaoning Province Women's Prison”