Ms. Zhuang Yanhong, a Teacher from the Beijing University of Technology, Arrested for the Sixth Time and Sentenced to Forced Labor (Photo)

(Clearwisdom.net) On September 11, 2007, Ms. Zhuang Yanhong, a teacher from the Beijing University of Technology, was arrested for the sixth time. After her arrest, she was detained in the Fengtai District Detention Center in Beijing.

Even the police who arrested Ms. Zhuang stated that there was no incriminating evidence to arrest her. Ms. Zhuang was arrested while her students sat in the classroom waiting for her. Ms. Zhuang's parents requested a lawyer be present for legal consultation, however, the police did not allow a lawyer to meet with her.

A recent report stated that Ms. Zhuang has been sentenced to two years of forced labor and is being detained in the Beijing Women's Forced Labor Camp. 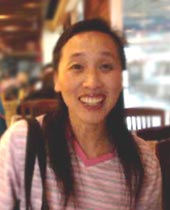 Ms. Zhuang, 48 years old, is a teacher in the Social Science School of the Beijing University of Technology. Ms. Zhuang started practicing Falun Gong in March of 1994. Since the persecution of Falun Gong started in July 1999, Ms. Zhuang has been repeatedly persecuted because she has firmly refused to renounce Falun Gong.

Ms. Zhuang was born with only one kidney and has always had a weak constitution. From early childhood on, she has suffered from many different illnesses. She would often suffer from severe migraines. The migraine headaches caused her a great deal of pain and she relied on morphine painkillers for relief . During her beginning years of teaching, she was unable to complete all of her teaching hours for each school year because of her bad heath. After practicing Falun Gong, Ms. Zhuang became a different person. Not only was she able to complete all of her teaching assignments, but she also took the lead in many research projects. Now, Ms. Zhuang's elderly parents are very worried about her health condition, as she suffers relentless mental and physical torment.

At about 8 a.m. on September 11, 2007, the police came to the teachers' residential building in the Beijing University of Technology, Building 50 in Chaoyang District. They went to the administration office on the first floor and ordered the power be switched off to Ms. Zhuang's apartment. Ms. Zhuang was then told to come to the administration office and the police arrested her there. Then the police ransacked her apartment.

Two days later, the police returned to her apartment when it was vacant, and ransacked the place again, turning it upside down. This was the sixth time that Ms. Zhuang has been arrested. Incidents of persecution and arrests suffered by Ms. Zhuang are reported in the article: http://www.clearwisdom.net/emh/articles/2004/7/29/50798.html

When Ms. Zhuang was arrested, she was teaching on a regularly basis and was involved in many different assignments. The work she was doing had gained praise from her students and colleagues alike. The teaching environment where Ms. Zhuang taught has been severely disrupted because of her arrest. The officials of the Fengtai District Detention Center informed her parents two days after her arrest that Ms. Zhuang had been arrested for practicing Falun Gong. Ms. Zhuang's parents are in poor health. Her father has cancer and her arrest was a big shock to him.

Ms. Zhuang was sentenced to two years of forced labor and is being detained in the Beijing Women's Forced Labor Camp. We call on all people around the world to please pay attention to Ms. Zhuang's situation and CCP's brutal persecution of practitioners in Beijing.