(Clearwisdom.net) Mr. Han Zhong, a Falun Gong practitioner from the Nanhu Area in Xuancheng City, Anhui Province, has been brutally persecuted multiple times since the persecution began in 1999. Around November, 2006, Mr. Han was beaten so badly by several inmates and prison guards in Nanhu Forced Labor Camp that he became blind in his right eye. His parents and family have also suffered from long-term threats and intimidation. 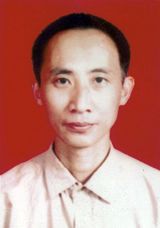 Mr. Han recalled that one day on his way to the workshop, two prisoners stopped him and started causing trouble. The guards came out to investigate. During their inquiry, Mr. Han tried to explain what had happened. One of the guards struck Mr. Han's head with a metal lunch box wrapped in steel wire. Another guard punched Mr. Han in his right eye, which started to bleed. The third guard continued beating him even though his right eye was bleeding. He was then dragged into an office and left there.

Later, Guard Wang Taiping noticed Mr. Han in the office. He demanded to know why Mr. Han hadn't gone to work. When Mr. Han informed him that his right eye was injured and very painful and that he needed to see the doctor, the guard not only ignored his request but violently beat him again.

Not until April 2007 did labor camp authorities allow Mr. Han Zhong to have his injured eye looked at. Prior to that he received no medical treatment even though he asked to go to the hospital multiple times. The guards kept ignoring his requests and continued to beat him. On April 5, 2007, Mr. Han Zhong was finally taken for a check-up. He was blind in his right eye.

The guards (all male) who participated in this abuse of authority include Chen Maonong, Wang Taiping, Lu Zhichun (head of the guards), Wei Zhi, Hong Guolin, Xu Haifeng, and Wang Kunlin.

“Experiencing Once Again the Great Power of the Boundless Buddha Fa”