On Saturday November 3 2007, Falun Gong practitioners organized an information day event in Darmstadt City in central Germany. The activity was designed to introduce Falun Gong (also called Falun Dafa) to the German people and expose the eight-year-long persecution of Falun Gong by the Chinese Communist Party. 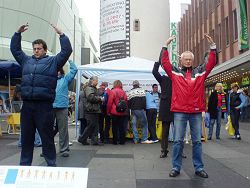 A carpenter (left front in blue) and a retired engineer who worked in North America for 20 years (right front in red) came to tell people that Falun Dafa is great and appeal to stop the persecution of Falun Gong. 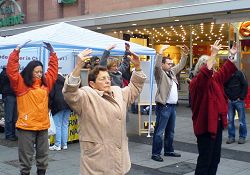 Falun Dafa has spread to over 80 countries. 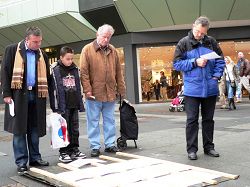 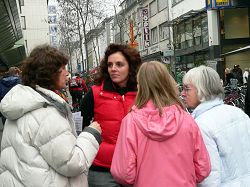 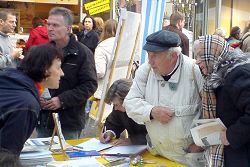 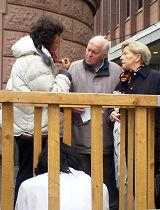 Torture re-enactment exposes Chinese Communist Party's persecution of Falun Gong. People listened seriously to the truth-clarification. The practitioner inside the cage was tortured in mainland China by the CCP until her kidneys malfunctioned. But the police tried to bribe a Forced Labor Camp to continue torturing her. 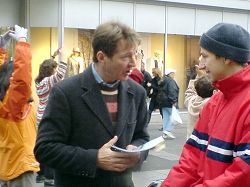 Describing the beauty and power of Falun Dafa with his own experiences, the man on the left is a Falun Dafa practitioner. When he was young, a severe car accident made him lose the ability to work and live normally. In his own words: "I could not walk properly my whole life before I practiced Falun Dafa." On October 27 2007, he ran the whole distance for the Human Rights Torch Relay in his city. 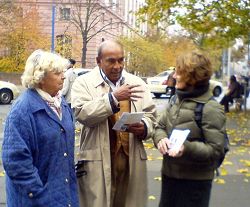 A Falun Gong practitioner (right) talks to passersby to clarify the truth. Since she practiced Falun Dafa, she has become energetic and full of life. She traveled to Africa at her own expense to promote Falun Dafa, where she was followed by spies from the Chinese Communist Party. 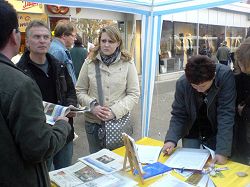 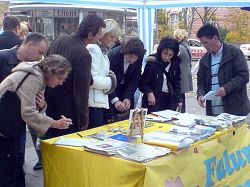 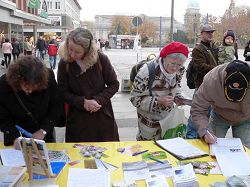 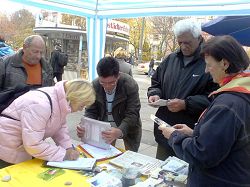