(Clearwisdom.net) Recently, Wang Zhaojun, who is a Political Committee Member from Anhui Province and a private entrepreneur, published an open letter to China's top leaders. It received widespread attention and support. The letter said that the top priority for China should be to immediately stop the persecution of Falun Gong, and it has received broad support.

The Persecution of Falun Gong

Noted democracy activist from Shanghai Li Guotao said, "Mr. Wang's open letter has tremendous significance. When an official from Mainland China is willing to stand up and publicly say words straight from his heart, there is hope for the Chinese nation. In particular, he was brave enough to raise the issue of ending the persecution of Falun Gong." 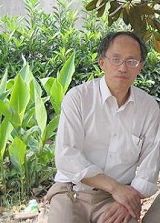 Li Guotao stated, "As the second highest ranking official to have stood up in public to oppose the persecution, he said: 'Stop persecuting Falun Gong. We have to correct this, as the persecution has been ongoing for eight years. It has been the talk among citizens that the CCP has used large amounts of manpower, materials and money to support the persecution for eight years, and this has left people living in terror and uncertainty.'"

Mr. Li Guotao stated that the CCP system is not working and there is no hope for it. He stated his wish for the current regime to open a dialog with Falun Gong practitioners, take concrete measures to stop the persecution, compensate victims and offer an apology for the persecution.

Mr. Shangguanruyan, a writer from Heilongjiang Province, responded. He was deeply moved by the open letter, and expressed admiration for Wang Zhaojun, a higher ranking official within the CCP system, for directly appealing to stop persecuting Falun Gong. He said: "After the CCP began persecuting Falun Gong, it gradually spread the persecution to all the so-called 'unstable factors'-- including those against forced relocation for government and private building projects and those who defend human rights. They are all labeled as Falun Gong, so the CCP has an excuse to persecute and crush them. This is not just persecution against Falun Gong, it is persecution against all the citizens in China."

Mr. Sun Wenguan, a former professor from Shandong University, said, "Freedom of belief is a very important human right. The brutal persecution of Falun Gong has shocked the entire world. It is a very urgent matter to stop persecuting Falun Gong. The fact that, during the middle of the persecution, a high ranking official like Mr. Wang is willing to publicly raise a righteous voice on this issue is rare and commendable. This is a milestone event which should receive support and applause from all."

Mr. Sun continued, "There is a process for the Chinese people to come to know the facts about Falun Gong. Some had blindly believed the deception and lies from the CCP, and have come to gradually understand the truth about the persecution. Some knew that Falun Gong was good at the very beginning, but were afraid to express their opinion because of pressure from the political environment. No matter what their situation, more and more people will stand up to defend Falun Gong, and against persecuting Falun Gong. This is now an inevitable movement."

Mr. Sun said, " I am deeply moved by the Falun Gong practitioners' unyielding stand against the persecution. I believe that each one of us who has a conscience, who has a sense of justice, should come out and do something for them. With more people understanding the truth and the environment changing, I believe that more people will come out soon to express their true feelings in different ways."

Punish the Main Perpetrator of the Persecution, Jiang Zemin

Former Shanxi TV Station reporter Ma Xiaoming said, "Mr. Wang has made it very clear: ' The most urgent matter is to stop the persecution of Falun Gong!'. This was a courageous act... With the spread of the truth, with waves of people defending human rights, it is natural for people with courage and judgment to stand up. This has to do with Falun Gong practitioner's unyielding stand against the persecution, as well as their persistence in spreading the truth."

Ma Xiaoming said that Jiang Zemin is the main perpetrator of the persecution, and he and his main die-hard followers should be investigated for criminal acts. As the head of the new regime, Hu Jintao should correct this situation. If he does nothing to stop the persecution and if he does not punish the perpetrators, he will also take on responsibility for this ongoing persecution.

Former Xinhua News Agency deputy director Li Pu said that he admires and supports Mr. Wang Zhaojun's open letter. He believes that the letter will cause a ripple effect. He said that it is illegal to persecute Falun Gong, an obvious crime. Otherwise, it will be difficult to solve other problems in China. He said that he was encouraged by the actions of Tong Guojing from Shanghai, who sued the former director of the Public Security Bureau and current Political Committee member Zhou Yongkang. The case was accepted by the Beijing Court. He believes that Jiang Zemin should be prosecuted next.

Li Pu said, "All the unfair treatment and brutal persecution suffered by Falun Gong practitioners have been caused by Jiang Zemin. He used the government and insisted on the persecution. He has no good reason for the persecution, which is completely illegal. He has committed many crimes and violated the law. He is guilty of the most heinous crimes."