People start practicing Falun Dafa for different reasons. Why did a young physician in the prime of her career choose to cultivate Falun Dafa? What was her experience?

Huijun is the chief physician of Internal Medicine Department at the renowned University of Taiwan Hospital. She has seen the limits of modern medicine. She is deeply sympathetic to the suffering of her patients. She learned that many chronic illnesses could be controlled with drugs and follow-up, but never cured. At best, the patients could have a better quality of life. Realizing this, she felt sad and powerless for her patients. 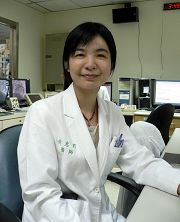 In 2005, Huijun's sister, introduced Falun Gong to her for the first time. She told Huijun to read Zhuan Falun. After Huijun read half way through, she put it down because of her pride in her profession. During Chinese New Year vacation in 2006, Huijun went back home. She was having trouble sleeping, so she picked up Zhuan Falun, which was on her sister's desk. She finished the entire book. Huijun immediately felt clarity in her self.

"I finished the entire book Zhuan Falun in one night. The calmness I felt at that moment made me realize that this was what I had been looking for all my life. At that moment, I decided to cultivate Falun Dafa." said Huijun. 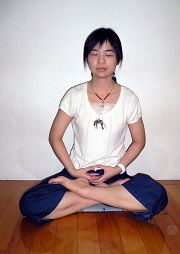 Huijun's mother is a Buddhist. Huijun and her sister became vegetarian at an early age. They chanted Buddhist scriptures following their mother. Huijun's life and schooling all went smoothly. One time when she was in the fifth grade, she was hit by a car and thrown in the air. She passed out after falling to the ground, but she didn't even get a scratch. This experience made her realize that gods and Buddha were looking after her. Since then, she would naturally think about reading Buddhist scriptures whenever she was troubled. However, she slowly realized that this temporary relief would not bring true peace to her heart.

"My point of view changed after I read Zhuan Falun. In the past, I always felt a person should set a small goal in life. After reaching it, the person should aim for another one. But sometimes even when I worked really hard, the result was not very satisfying. I did not have big worries, but my mood was always affected by small things in life. After I read Zhuan Falun, I finally understood the real purpose of life and knew where I would work toward in the future." Huijun talked about her changes with earnest.

After she started practicing Falun Gong, Huijun's colleagues found that no matter how busy she was, she was always full of energy, happy, and always able to finish her work calmly. Huijun said that reading Zhuan Falun had taught her many things. In the past, she worried about getting a promotion. Now that she is able to get away from the worries, when she saw some of her colleagues consumed by fame and self interest, she would tell them, "If something is yours, you will not lose it. If something is not yours, you will not have it even if you fight for it." (Zhuan Falun, Lecture seven, "Jealousy," 2000 edition) After some twists and turns, many people would agree with her with a smile. Regarding her patients, Huijun has seen the light after understanding the Fa about illness and karma. At appropriate times, she tells her patients the real solution to eliminate their suffering.

Although many colleagues still wonder about the young physician's cultivation choice, they saw many positive changes in her. They all agree that Falun Dafa is good. They cooperate with her so that she won't be interrupted when she joins group exercises at noon. After over a year of cultivation, Huijun said her biggest gain is that she now enjoys peace in her heart; she is able to face any problem with courage.