(Clearwisdom.net) Tokyo's 31st Nakano-ku Festival with a parade and stage performances was held on October 6, 2007. It was a crisp and pleasant autumn day. Falun Gong practitioners participated in the event and demonstrated Falun Dafa's beauty and brought the good message of "Truthfulness-Compassion-Forbearance" to the audience. 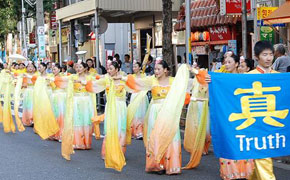 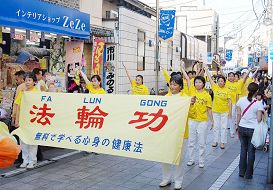 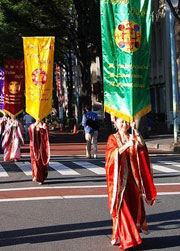 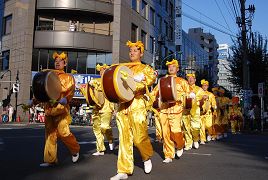 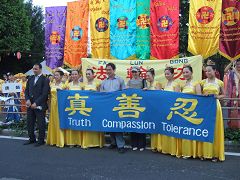 Citizens have a photo taken with Falun Gong practitioners 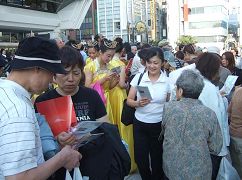 Citizens are happy to read materials about Falun Gong

After the parade, practitioners distributed a large number of materials introducing the general public to Falun Dafa's beauty and the Chinese Communist Party's persecution of Falun Gong. 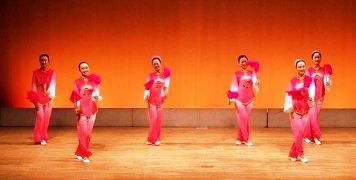 At the same time, at another venue for the festival event--the Nakano-ku Culture Center-- practitioners presented a performance on stage. They demonstrated the five exercises to the audience. A practitioner gave a special introduction to the exercise demonstration, and the audience learned to practice Falun Gong on the spot. Practitioners also presented wonderful dance performances. Their pure, peaceful and graceful dancing gained a round of applause and cheers from the audience.

Falun Gong practitioners who participated in the festival event said that the Japanese people were fond of their traditional performances. They will continue taking part in such events, and bringing the wonderfulness of "Truthfulness-Compassion-Forbearance" to more Japanese people.