(Clearwisdom.net) On July 28 2006, Falun Dafa practitioners exposed the Chinese Communist Party's organ harvesting atrocities with re-enactment demonstrations in Oslo, the capital of Norway. They called on Norwegians to help stop the atrocities in China. Many people viewed the reenactment and were shocked at the truth. Many people understood the truth and willingly signed their names on petition forms for stopping the CCP's inhuman crimes. 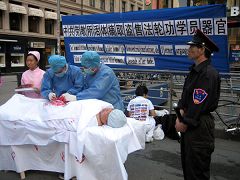 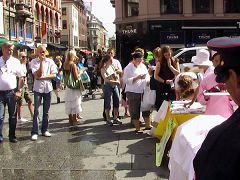 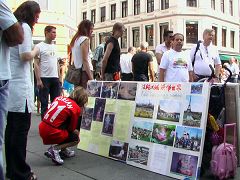