On March 26, 2006, Falun Gong Practitioners in Thailand protested against the CCP's secret concentration camp in Sujiatun with a hunger strike in front of the Chinese Embassy in Bangkok. Thousands of Falun Gong practitioners have been imprisoned in the camp. Their organs were harvested and sold. Their bodies were cremated to destroy evidence. 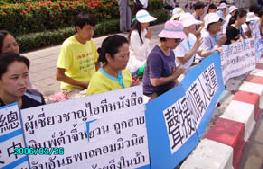 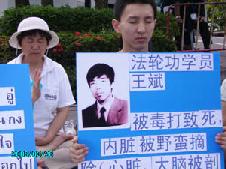 The international community was shocked to know the inside story of how Falun Gong practitioners' organs were harvested and their bodies cremated in Sujiatun Concentration Camp. Falun Gong practitioners and people of justice hold activities around the world to condemn the CCP's brutal violation of human rights and to support the Chinese people's anti-persecution movement.