(Clearwisdom.net) On February 12, 2006, Sunday, Falun Gong practitioners from three counties in the central area of Japan held a protest for the first time in front of newly established Chinese Consulate in Nagoya. They condemned the actions of CCP secret agents who assaulted and robbed practitioner Dr. Peter Yuan Li in his Atlanta home. The practitioners also distributed leaflets describing the wave of renunciations from the CCP prompted by the publication of the Nine Commentaries on the Communist Party.

As the activity was held in downtown Nagoya, there were a lot of people and vehicles passing by. Many people came to read the display boards held by the peacefully protesting practitioners, wanting to learn what is happening. 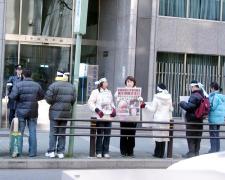 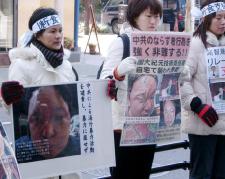 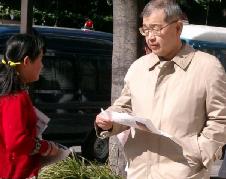