Singapore: Practitioners Call for an End to the Persecution in Appeal at Chinese Embassy on July 20th (Photos) 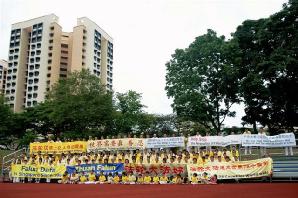