The Tenth-Anniversary Edition of Dafa's Prevalence in Taiwan (2) (Photos)

Minghui School was first established in Washington DC, USA in June 2001. A full-page article in The Washington Times called it a "school that teaches Falun Gong and the truth." In response to the positive reception of the Minghui School, others have been established in Canada, England, Sweden, Australia, New Zealand, Japan, Korea, Malaysia, Thailand, and Singapore.

Currently Taiwan has the Minghui Doudou Kindergarten in Taipei County and Minghui Edison class in Taoyuan City, both of which teach at the senior preschool level and are open Monday through Friday, even during the summer. Additionally, Taipei, Taoyuan, Neili, Zhongli, Hsinchu, Taichung, Zhanghua, Yunlin, Tainan, Gaoxiong (Kaohsiung), Yilan, and Hualian have Minghui holiday classes, which are free of charge. 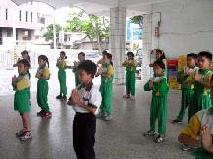 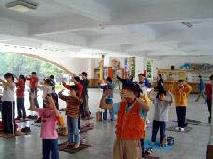 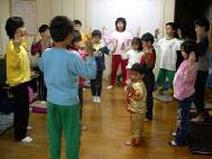 Falun Gong practitioners in many areas frequently organize summer camps for little disciples. The nine-day lecture Falun Dafa class for little disciples in early July 2004, for example, was sponsored by Taipei Minghui School. Kids from different regions across Taiwan participated in this camp. Practitioners have carefully designed interesting and interactive classes and lessons to help the kids gain deeper understandings of Truthfulness, Benevolence, and Forbearance. Seeds of goodness are planted. The earnest study attitudes and attentively focused spirits of the kids are very moving. Most gradually learn to think of others first and to be considerate of others.

By studying "Zhuan Falun," Hong Yin, Hong Yin II, and Essentials for Further Advancement, the children have turned from flippant to peaceful, from teasing to respectful, and from indifferent to kind. Some have even changed from rascals into little angels. All of these improvements show the wisdom and transformative power of Falun Dafa. 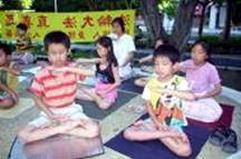 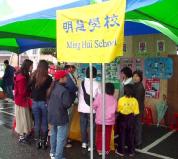 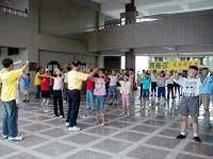 During one activity, practitioners discussed the persecution of Falun Gong in China. The kids thought of many ways to help. We decided to clarify the facts to forced labor camps in China by painting pictures or writing letters. Some kids drew beautiful pictures of practitioners meditating, others drew a big red banner with golden and shiny characters saying "Falun Dafa Is Good." One little practitioner said that he wanted to write "Jiang Zemin is deceiving people." 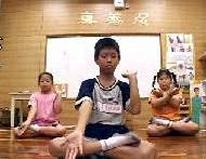 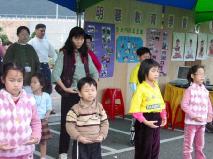 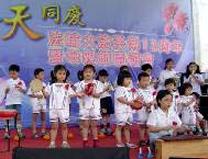 In late June 2002, at least 89 Taiwan Dafa practitioners who had valid Hong Kong visas were violently deported from Hong Kong. The customs officials used stretchers and canvas bags to forcibly transport practitioners onto airplanes. These actions injured some practitioners' necks and arms. The Falun Gong Research Association has raised a stern protest against the Hong Kong Government. On July 1, 2002, Vice President Lu Xiulian attended a Human Rights Counsel Press Conference at the Presidential Palace. Lu and the victims made a solemn but forceful condemnation statement.

In June 2002, before Jiang Zemin visited Iceland, his regime pressured the Icelandic government to revoke visas of Dafa practitioners who planned to go there. Forty-six Taiwan practitioners were detained for over thirteen hours before they were allowed to enter the country.

The Falun Gong Research Association held a press conference to expose this incident. Iceland citizens regretted their government's actions, and three-thousand citizens covered their mouths with cloth and paraded in solidarity with the banned Falun Gong practitioners. The Icelandic political circle and the human rights association published a solemn apology in major newspapers with three large Chinese characters meaning "We're sorry." Jiang's regime planned to suppress Falun Dafa but instead raised its awareness on the world stage.

Rescuing Lin Xiaokai by Biking Around the Island

In October 2003, the Shanghai Public Security Bureau illegal arrested Taiwan practitioner Lin Xiaokai and held him in a secret prison for three weeks. Taiwan practitioners started rescue efforts by collecting signatures, biking around the island, and petitioning the Chinese Communist Party. The bike team started at Memorial Hall in Taipei and divided into two teams, each heading south. Three legislators came to support this ride. Whenever the team reached a county, a city, a village, or a town, they would clarify the facts at local government offices. Many media covered the event. People along the way welcomed them warmly and signed the petition.

On Father's Day 2004, young practitioners organized a bicycle group to call the world's attention to mainland China's severe violation of children's rights. The bicycle group started at Memorial Hall in Taipei and arrived in Yilan. There they opened the 14-day "Rescue the Persecuted Children" campaign. The bicycle group clarified the facts to the entire Taiwan educational system.

Beginning in December 2000, Dafa practitioners from Yilan County visited the Tristar Jail every week to spread Falun Dafa. Later, practitioners visited detention centers, jails, and rehabilitation centers regularly, spreading the seeds of "Truthfulness, Compassion, and Forbearance." Practitioners were warmly received by the inmates, and given approval by the law enforcement agents. Because practitioners achieved outstanding results in enlightening goodness in the inmates, the Zhanghua Youth Jail, the Yilan Tristar Jail, the Tainan Jail, the Jiayi Jail, the Bingdong Jail, and the Ludao Jail added Falun Gong to their curriculums. 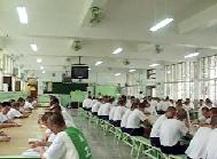 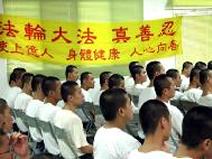 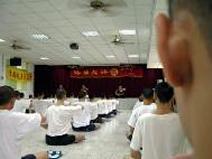 On December 22, 2003, the Taiwan Falun Dafa society received the "Certificate of Gratitude" issued by the local military court Procuratorial Bureau Detention Center of the Department of Defense. It proclaimed "Boundless Beneficence" to commend the Falun Gong practitioners. These practitioners visited detention centers weekly on their own time since 2001 to teach Falun Gong. 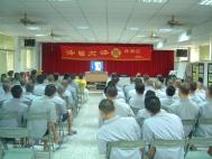 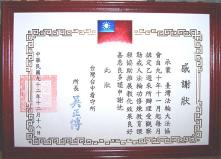 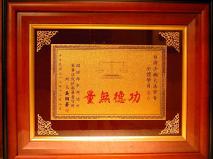 One inmate wrote, "How should I describe it? Before I heard about Falun Gong, I had no idea what I wanted in life. I led a dissipated and ignorant life. After learning and practicing Falun Gong for just one month, I've noticed a significant change in my daily life, my body, and my mind."

The detention center director, Hu Zhengbo, indicated that the inmates were held there temporarily. Some stay a few days, some longer. After understanding "Truthfulness, Compassion, Forbearance," it is easier for them to make self-examination, to tolerate the temporary holding environment, and to live their lives more mindfully. This is the second award for Falun Dafa. On December 20, practitioners received another award from Taizhong Detention Center.