(Clearwisdom.net) Mr. Wang Shuquan was a Falun Dafa practitioner from Chaoyang City, Liaoning Province. He started cultivating Falun Dafa in the beginning of 1995.

In June of 2002, police from Shuangta District State Security Team repeatedly harassed and tried to arrest him. He eventually became destitute and was forced to leave his home to avoid being arrested. He was severely injured both mentally and physically during this time period and died on March 9, 2003. 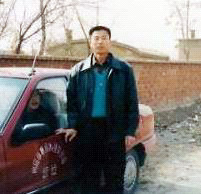 “New Star! A Halo Expanding a Thousand Times Faster Than the Speed of Light (Photo) ”