(Clearwisdom.net) On January 18, 2005, the Chinese state controlled media Xinhua News Agency aired the staged "Self Immolation" again, claiming that it had requested reporters both inside and outside China to interview the people allegedly involved.

(Clearwisdom.net) Today, the truth of the persecution and the staged Tiananmen Self-Immolation Incident have become widely known in the international community. Yesterday (January 18, 2005), Xinhua.net, the mouthpiece of the Communist Party, dug out the so-called self-immolation incident that was staged four years ago on January 23, 2001, as part of yet another slanderous attack on Falun Gong. In so doing, the Party is trying to mislead people in China and overseas by repeating the same lie over and over again.

165,000 Solemn Declarations -- A Testament of the Cruelty and Failure of Persecution

(Clearwisdom.net) As of January 7, 2005 over 164,700 people have published solemn declarations on the Minghui website (the Chinese version of Clearwisdom.net) since 2001. They have solemnly declared to void any and all of their wrongful words and misdeeds that said or did under coercion, and they have expressed their determination in starting to practice Falun Dafa again. On average, there have been about 113 people making such declarations every day. The total number is still climbing. This not only indicates the extensive scope and unprecedented cruelty of the persecution, but also testifies to the miserable failure of the persecution of Falun Gong. 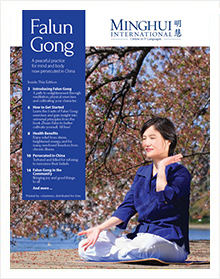