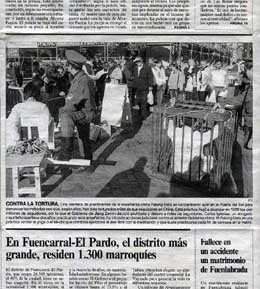 By 1999, there were already more than one hundred million people practicing Falun Gong. Carlos Iglesias, a lawyer and Falun Gong practitioner for two years, has initiated legal procedures to charge the former Chinese state chairman Jiang Zemin for using torture to persecute practitioners in China.

Falun Dafa is a meditation exercise similar to Yoga or Tai Chi. Practitioners practice the exercises together in the park every Sunday and teach the exercises for free.

“Another Batch of "Secret Documents"”