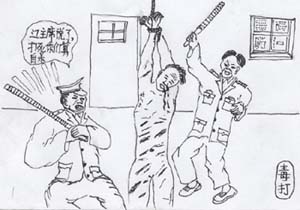 The police tie practitioners' hands and then hang them up. They then proceed to beat practitioners with spiked clubs. Sometimes the beating lasts for several hours. 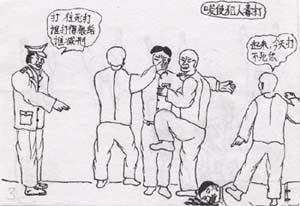 The camp guards order the inmates to beat practitioners, and reward the inmates by reducing their prison terms. 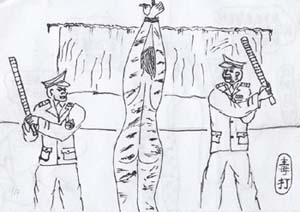 Method 20: Hanging Up in the Air 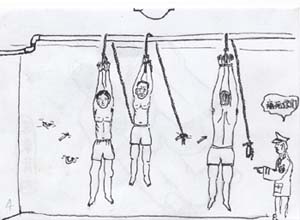 Method 21: Handcuffing Hands Behind the Back with One Hand Crossed Over a Shoulder 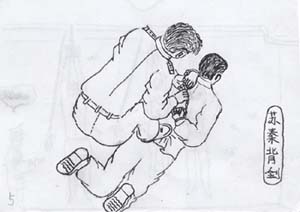 Practitioners' two hands are handcuffed behind the back with one hand crossed over a shoulder. First, the police push practitioners down to the ground on their stomachs and then step on practitioners' backs, then forcefully pull the two handcuffs to lock them together. It causes great pain to the practitioners.

Method 22: Sitting on a Small Stool 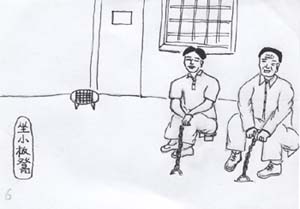 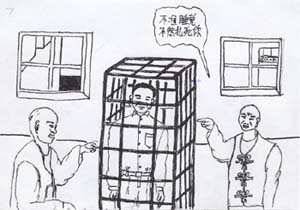 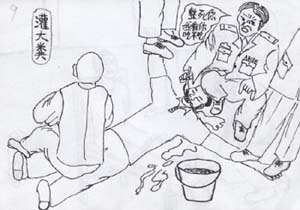 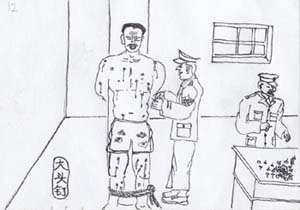 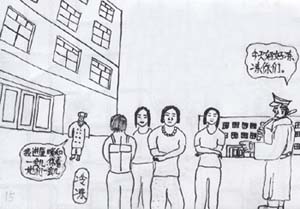 In temperature of -20 -- 30oC (-4 -- 18oF) in winter, practitioners are allowed to wear only underclothes while being forced to stay outdoors for an extended period of time. 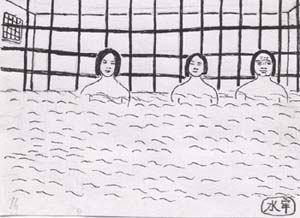 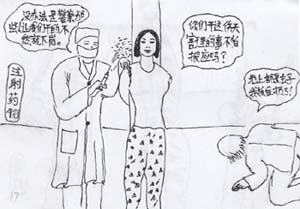 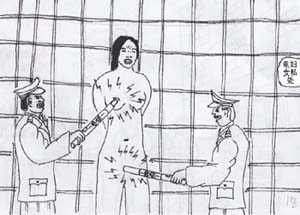 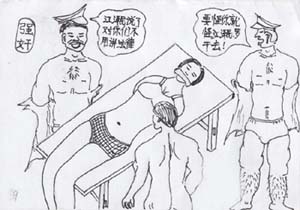 One policeman, or a group of policemen, rape female practitioners.